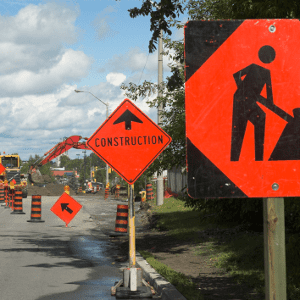 Two friends who were thrown out of a bar for being drunk then drove separate cars that crushed a construction worker.

A jury in Virginia ordered two drunk drivers who drove separate cars that crushed a construction worker to pay $5 million to the victim’s two children.

The drivers who caused the accident, Jeffrey Dupree and Tracie Nininger, were drunk when they were told to leave a restaurant in downtown Roanoke, Va. They got into separate vehicles, a Hummer H3 and a Chevy Avalanche.

As they both drove past a construction site where dump truck operator Richard Slone was working, the Hummer hit the blade of a tractor. Then the Chevy hit the Hummer, causing a chain reaction. The blade of the tractor and the Hummer crushed Slone against a nearby dump truck. He died within minutes.

A jury in a criminal trial found the two drivers guilty of aggravated involuntary manslaughter and driving under the influence. Each spent more than two years in prison.

But attorney Neal Johnson of Roanoke, VA, a member of The National Trial Lawyers, who represented the victim’s family, argued those excuses contradicted workers who were on site who testified about the accident. He disputed the drivers’ claims that the tractor had backed into the road in front of Nininger’s Hummer.

“Here come these two drunks … they say all of a sudden this tractor jumped out like a deer,” Johnson argued to the jury. “Who are you going to believe?”

The jury did not believe the two drunk drivers, and ordered them to pay $2.5 million to each of Slone’s children, plus $10,000 to compensate them for their father’s funeral expenses.

Johnson said the children “do not want sympathy. They want justice. What’s the value of a very, very good father?”