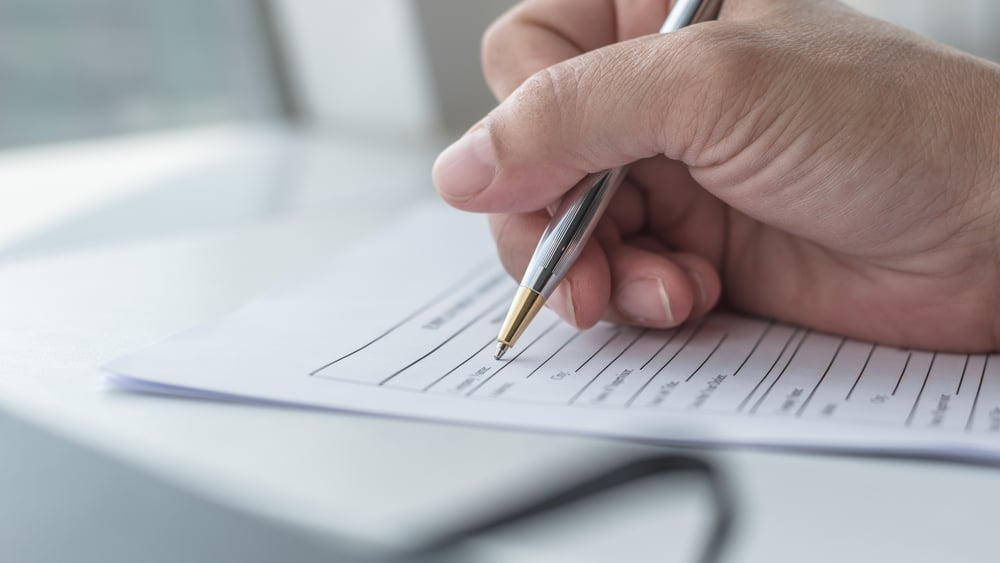 The fundamental rights of American workers include the right to safety, equality, and a healthy working environment. Employment laws, usually referred to as labor laws, are put in place to protect the rights of employees and to provide businesses with guidelines on the legal requirements they must meet in order to successfully operate a huge corporation or a small business.

Despite the fact that labor laws can be dated back to the twentieth century, which began as an act to abolish child labor, create a minimum wage, and ameliorate harmful working conditions. You may be surprised to learn that still to this day, not all companies abide by basic employment rules, which is a regrettable problem that we continually face in the present world.

Q: What should I do if my employer unfairly terminated my employment?

A: You must first retain legal counsel if you feel your firing was unfair. An attorney will be able to advise you on where to submit your claim, as the location will ultimately rely on what led to your wrongful termination. For example, if you are wrongfully terminated due to discrimination, you will need to file your claim with the Equal Employment Opportunity Commission (EEOC).

Q: What laws help to control my pay and work hours?

A: Yes, under at-will employment, both the employer and the employee are free to terminate the arrangement at any moment as long as it is not motivated by prejudice or another illegal reason. Contract employment, however, is controlled by the terms of the contract itself, which is crucial because there are cases when the provisions expressly indicate that the employee can only be fired for a legitimate reason.

According to FindLaw, employment is considered at-will if any employer has the ability to terminate it at any time, without warning, and for any reason. All states, with the exception of Montana, are at-will employment states, though there are rare exceptions. There are, however, no exceptions to this regulation in states like Florida, Alabama, Maine, New York, and Rhode Island.

A lot of progress has been accomplished in recent years, and strides are still being made to assist in softening some of the extreme and unpleasant situations that might result from at-will employment. As we move forward and continue to carve out these exemptions it is still very difficult for a fired employee to demonstrate that their position fits one of the exceptions to at-will employment.

More than 180 federal statutes are enforced by the U.S. Department of Labor (DOL). For almost 150 million workers, each of these laws helps mandate, safeguard, and regulate workplace behaviors. The DOL regulates a number of laws. Some of the more popular employment laws are listed below.

Fair Labor Standards Act - Even though this law was passed in 1938 and has undergone major revisions, it is still regarded as one of the most important employment-related laws. The main purpose of the Fair Labor Standards Act is to safeguard workers from unethical compensation. The FLSA also establishes a number of requirements for payments made in interstate commerce, such as minimum wage, overtime pay, and more.

Family and Medical Leave Act (FMLA) - An employee may take a leave of absence under the FMLA, a federal law protecting workplace rights, if they are caring for themselves or a member of their immediate family who is undergoing treatment in a hospital, rehabilitation facility, or other facility and is unable to meet their own basic medical, hygienic, safety, or nutritional needs. Additionally, the FMLA mandates that some businesses maintain available positions for workers who take time off when their presence would significantly benefit an immediate family member managing a serious medical condition.

Each of the legislation mentioned above has changed the way we do business, allowing for more safety and rules that improve working conditions and provide more opportunities for someone to advance in their career. If you believe that you or a loved one has been subjected to discriminatory or unfair labor practices, including but not limited to harassment, wrongful termination, wage or hour violations, or employer retaliation,  you need to seek an employment law attorney as soon as possible.

The Equal Employment Opportunity Commission (EEOC) is a federal agency that upholds rules that prohibit employers from treating employees unfairly on the basis of their race, religion, sex, disability, or other characteristics. Most notably, the statute gives the EEOC the power and authority to look into allegations of employment discrimination. If the EEOC discovers proof of discrimination, it will make an effort to resolve the issue.

In total, employers faced 61,331 charges in 2021 alone; this does not consider charges filed under the Fair Employment Practices Agencies. Even though this number dropped from 67,448 in the previous year, it is still an alarming amount of charges throughout the U.S. Due to the fact that when people file charges alleging numerous categories of discrimination, the overall number only increases by one, while each specific claim category will grow by one, making the overall number typically lower than the actual number of charges. For instance, Dave will only count as one claim to the total number of claims, but each claim will be counted separately towards each category if Dave files claims for sex, race, and age discrimination.

Common Types Of Employment Law Claims You Can File

As an employee, you may come across a variety of scenarios where a coworker was wrongly terminated or perhaps even subjected to discrimination due to a disability, age, or even  sex. These circumstances should never be treated lightly, and the majority of them may justify filing some kind of employment lawsuit. In order for you to better understand whether you or someone you know has encountered an unfair circumstance and know when you can take legal action, we've listed some of the most typical employment issues below.

Wage and Hour Violation - Employers breaking state rules governing the amount of pay that is due for someone's work is committing wage and hour violations. Wage and hour violations can occur in many unique ways, which range from withholding the last paycheck to something as basic as paying for overtime hours incorrectly. Even though state wage and hour rules can differ greatly from one another, breaking or disobeying them can have substantial consequences.

Wrongful Termination - An employee who is terminated may claim that their employment contract or another public statute was broken. Many states adhere to the "at-will employment" clause, which enables any party to terminate the contract at any time and without justification.

Harassment - Occurs when an employer acts in a way that disobeys the Americans with Disabilities Act of 1990, the Age Discrimination in Employment Act, or Title VII of the Civil Rights Act of 1964. When it becomes a requirement for maintaining your employment or is severe enough to produce a work environment that a reasonable person would consider hostile or abusive, based on negative behavior by an employer, boss, or coworker based on race, religion, color, sex, age, disability, or national origin it is illegal. Negative behavior includes offensive humor, slurs, intimidation, mocking, insults, threats, and assaults of any kind, whether physical or sexual.

Discrimination as a whole has affected our nation for many years and is still a major issue in our employment. To make it illegal for an employer to discriminate against a person based on their gender or ethnicity in relation to their job status, the government passed The Civil Rights Act of 1964. Not only is it wrong to treat someone unfairly because of their race or gender, but it's also wrong to treat someone unfairly because of their age, country of origin, or disability.

Discrimination During The Application Process

While you are employed, job discrimination can take many different forms, and it is even possible for it to occur during the hiring process. When you are in the middle of a job interview, you can be asked questions about your race, age, veteran status, and any potential disability. These questions are made by companies to ensure that they are not rejecting candidates because of their backgrounds. Answering these questions can, however, ultimately lead an employer to build an opinion of you before the interview stage even begins. As you may know, this is highly illegal.

It could be challenging and difficult to prove discrimination during the recruiting and interview process. Due to the fact most businesses give a very general response along the lines of "we have decided to move forward in the hiring process; we appreciate your efforts; if there is another opening, please feel free to apply again." This message serves a purpose in that although they rejected your application, they did not state clearly why, giving room for speculative reasoning.

You can employ a few strategies to prevent discrimination on your application and in your interview, like:

Although you may never be aware of discrimination, there are steps you can take to safeguard yourself and stop your employer from discriminating against you. However, if you do feel that you are being discriminated against, take action and notify the right authorities.

When considering if you should submit an employment claim against your employer, there are a number of things to take into account, including the state in which you work, your job field, and the size of the business. Each of these elements will have a direct impact on the compensation to which you might be entitled.

We have listed three steps below that you will need to take to file a claim against your employer successfully.

Step 1: Schedule a meeting with your employer - You can discuss the matter at hand with your employer by scheduling a meeting. This can also address the problem because it may not have been the employer's fault in the first place but rather a fellow employees. Be direct, make sure you stick to the pertinent facts and don't veer off course throughout your discussion with your employer. Additionally, you should ensure that you meet with the employer in a secure location to avoid the potential of someone overhearing the conversation and misrepresenting what they thought they heard.

Step 2: Document - One of the most important things to keep in mind when dealing with making an employment claim is to document the incident. Making notes, collecting supporting materials (such as performance reports, emails, corporate policies, etc.), and compiling the names of coworkers who were present during the incident are all part of this process.

Step 3: Seek Legal Guidance - If at any time your employer doesn't seem interested in fixing the problem, you should take this step. This step might be your initial move in a lot of situations, such As when you are fired. Remember that there may be statutes of limitations in effect if you decide to seek legal counsel.

When To Hire An Attorney

Many employment and civil rights statutes mandate that you contact the EEOC before filing a case. However, you are not required to hire an attorney in many jurisdictions. However, it is highly advised to have legal counsel before making a claim with the EEOC. Filing a claim with the EEOC is a legal action, so you want to be sure you are following the right procedures at all times.

The EEOC will not fight the claim for you, so by hiring an attorney will give you greater control over how the processes will progress and assist you in obtaining the full amount of compensation you are entitled to.

Whatever you decide to do first, whether it is hiring an attorney before or after filing a claim with the EEOC, make sure you don't delay in doing so. If you wait too long to submit your claim, it may be more challenging to prevail since witnesses' memories may not be as sharp, certain evidence, such as documents, may no longer be available, and in some cases, the statute of limitations may have already passed.