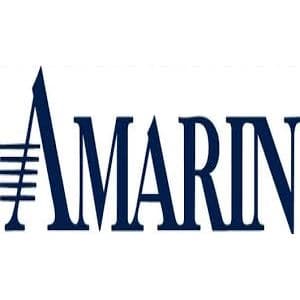 The US District Court for the Southern District of New York ruled that pharmaceutical companies are protected by the First Amendment when marketing drugs for off label use.

The decision could inhibit the ability of the FDA to regulate this aspect of pharmaceutical marketing. While the decision is binding only in the district where it was handed down, the opinion does require that the off-label drug promotion not be misleading. However, this positive outcome of the ruling presents a new question (and potential problem): Who adjudicates whether unapproved drug uses are truthful?

The preliminary ruling handed down in Manhattan resulted from a defensive move by pharmaceutical company Amarin. Although the FDA never had a problem with the materials Amarin wanted to use for marketing purposes, Amarin still views the lawsuit as a victory.

Amarin, a small pharmaceutical company in comparison to most, litigated on behalf of its fish oil product, Vascepa, which treats extremely high levels of certain fats (triglycerides) in the blood. This decision, however, carries implications for the entire future of prescription drugs in the United States.

Just last year, GlaxoSmithKline was ordered to pay a $105 million fine for off label drug promotion of its asthma and anti-depressant medications. The District Court's ruling may impede such prosecutions against big pharmaceutical companies in the future. In addition, pharmaceutical companies creating innovative new off label uses for prescription drugs will face less restrictions in rolling out marketing for such products.

It is well known that doctors are allowed to use approved drugs in ways not explicitly provided for by the FDA, and such off label uses are extremely common. The US government, however, has long maintained the active promotion of such off label uses by pharmaceutical companies is illegal. Amarin plans to move forward with promotion of Vascepa for patients with somewhat lower levels of triglycerides, a use which the FDA has previously declined to approve.

Joel Kurtzberg, the attorney who represented Amarin, said, "This is the first decision, I think, that clearly and unequivocally rebuff's the government's view that off label promotion can be prosecuted, even if truthful and non-misleading."

Judge Paul A. Engelmayer reconciled his decision with precedent in his opinion by writing, "The Court's considered and firm view is that the FDA may not bring such an action based on truthful promotional speech alone, consistent with the First Amendment."

In addition to the problem of what truthful interpretation means, some experts in the medical community are already vocalizing other concerns about the ruling. These potential risks include the fear that off label drug promotion will undermine the incentives for companies to complete the studies necessary to win approval for new disease medications. Manufacturers may present cherry-picked studies to clinicians that look good in isolation, but fail to present a balanced assessment of the full nature of risks involved with taking the medication.