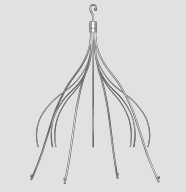 This is an update of our article "First Trial Underway in Cook IVC Filter Mass Tort Case" published on October 26, 2017.

A federal jury in Evansville returned a defense verdict in favor of Cook Medical, the Bloomington-based maker of medical devices, following a three-week trial over its blood-clot filters, which thousands of patients have complained are defective.

The plaintiff's case is underway in the first of three mass tort trials on whether Cook Medical Inc. is liable for selling a defective IVC filter that migrated through a blood vessel and punctured the plaintiff's intestine.

"Defendants know its Cook filter was defective and knew that defect was attributable to the design's failure to withstand the normal anatomical and physiological loading cycles," the complaint states. The case is Hill v. Cook Medical, Inc., et al, 1:14-cv-6016.

It is the first bellwether, or test case, of 2,897 cases before US District Chief Judge Richard L. Young of the Southern District of Indiana in MDL 2570, IN RE: Cook Medical, Inc., IVC Filters Marketing, Sales Practices and Products Liability Litigation.

Cook Medical Inc. of Bloomington, Indiana, won FDA approval for its "removable" Celect blood clot filter in 2003 using the 510(k) shortcut procedure, as opposed to the more rigorous premarket approval (PMA) process. FDA approval through Sec. 510(k) of the Medical Device Amendments of 1976 merely requires that a new device is “substantially equivalent” to a predicate device — but not a review of its safety or efficacy as would happen in a premarket approval application (PMA).

She underwent an endoscopy that revealed the filter had perforated through her inferior vena cava and into her small intestine. She went to Penn State Hershey Medical Center, a specialized hospital where the filter was finally taken out. As a result, the vena cava was permanently narrowed at the removal site.

The FDA recommends removing temporary filters between 29 and 54 days after implantation. However, studies have found that 43 percent of Celect filters perforate the vena cava within two months.

Hill charges that Cook failed to tell doctors that the filter cannot be removed and that it poses a risk of migrating, perforating and damaging the major blood vessel.

"The Cook filter had a safety profile that was not as good as or better than its predicate device," the complaint states. "Defendant's statements regarding the safety of the filter were false and misleading yet defendants continued to promote the Cook filter as safe an effective even though the data available studies, literature and clinical trial did not support long or short term safety and efficacy."