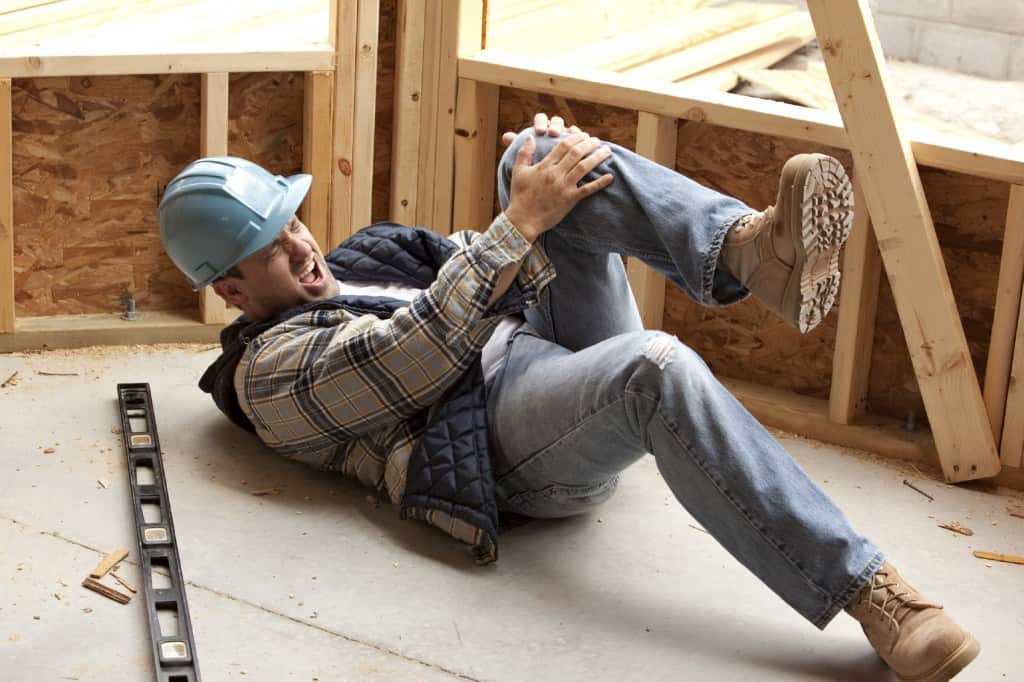 Construction work is a dangerous line of employment that is highly litigated, often resulting in high jury awards and confidential settlements. A total of 4,585 workers were killed on the job in 2013. The latest available figures from OSHA break that number down to 88 deaths per week or more than 12 deaths every day.

Although construction companies and contractors are required to undergo training in order to maintain a safe environment, there are still thousands of workers injured or killed on the job each year. According to OSHA, the “Fatal Four” of the construction industry top injuries are:

According to OSHA, in one line of construction work alone, known as trenching, two workers are killed each month in the United States due to collapses that occur in unprotected or improperly protected trenches. Almost everything is dangerous at a construction site: even one cubic yard of soil, which doesn't seem like a lot, can weigh as much as a car, according to the agency.

Concrete, forklifts, steamrollers, and other dangerous construction commonalities often lead to painful, tragic injuries or deaths, resulting in litigation. Even injuries that do not result in death occur in staggering numbers, one year totaling 135,000 incidents. Below are recent verdicts and settlements from construction site accidents:

Fidel Arana, a 42-year-old Reading, Pennsylvania, construction worker was working in an excavated trench where a house foundation was being built, when it collapsed suddenly and trapped him against a concrete wall, crushing him under the weight of the 8-foot wall of dirt. The West Lawn-based construction company, Grande Construction, settled with Arana's family for $5 million in 2013, four years after the accident.

The family sued, claiming that the business “was negligent in its excavation of a large residential housing foundation for failing to slope or 'bench' the walls of the ditch in order to prevent cave-ins.” Attorneys for the family argued multiple OSHA violations, alleging the construction company had not conducted mandatory efforts under federal laws to prevent such cave-ins. The construction company reached out for settlement as soon as the court authorized a claim for punitive damages. Arana's attorneys' decision to settle was due to the “great challenge” they believed would be presented in presenting a damages case for an undocumented worker to a jury.

The case was settled by Kline & Specter, a Philadelphia law firm.

Mother Suffers $15.8 Million In Damages One Day Before Daughter's Wedding

An Allegheny County, Pennsylvania, Common Pleas Court jury found Lane Construction Corp. of Connecticut liable for $15.8 million in damages to the family of a Finleyville woman who was injured in a crash in a work zone, one day before her daughter's wedding.

Brenda Gump-Schragl suffered brain injuries and was in a coma for five weeks before she died from her injuries. The lawsuit contended that the construction zone was dangerous and no improvements were made after several earlier collisions occurred in the same area. Notably, the jury found another driver, Adam Mains, was 42% negligent, and PennDot 42% at fault. Lane Construction was only found to be 18% at fault, but had to pay the full $15.8 million because the case was filed before the 2011 Fair Share Act. Under the Act, defendants are required to pay only their fair share of the judgment, with some exceptions.

Hugo Hernandez Palomino, a 28-year-old Pepco construction worker, sued the electric company in 2013 under negligence law after he was paralyzed on the job by a very dangerous piece of equipment.

Palomino was struck by a transformer, the force of which sent him eight feet into the air, causing him to land forcefully on the concrete, snapping his spine. Not only did the accident instantly paralyze Palomino from the neck down, he also received third-degree burns on 10% of his body from the contact with the transformer, which had not been properly de-energized (turned off) according to workers. Pepco admitted to liability surrounding the accident despite the fact that Palomino was technically employed through an independent contract. The jury originally returned $39 million on the question of damages, but was forced to lower the award to $21.7 million due to a Maryland state damage cap law, which only allows for $770,000 in non-economic damages.

A 15-year-old boy boy, along with and injured mother and daughter and Milwaukee County, Wisconsin, were together awarded $39 million in damages by a jury when a 13-ton panel made by Advance Cast Stone fell due to improper attachment. The estate of the deceased, Jared Keller, received $6.3 million. The jury also awarded $15 million in punitive damages, with the other plaintiffs receiving no more than $250,000 total due to a limit in state law. Advance Cast Stone was repairing a parking structure owned by the county, which received $6 million for the damage. The jury found the bulk of the blame – 88% – fell on Advance Cast Stone. The project manager, J. H. Findorff & Son, was found to be 10% at fault and the county 2%. Findorff settled out of court with the plaintiffs.

A Hillsborough County, Florida, jury awarded $64.5 million to a man who was seriously injured when a building collapsed while he worked at a Mosaic Co. construction site in 2009. Robert Matthews, 25, was crushed when an 11,000-pound prefab building fell on him, crushing his pelvis, legs and internal organs.

The jury found three companies responsible for the accident, but assigned the majority of the blame to Mosaic, a large fertilizer maker that operates throughout Central Florida. Matthews only obtained approximately $10 million of the jury award because he and his attorneys agreed to a confidential sum to settle the case with Mosaic in 2014. The other companies implicated were only found to be 15% liable. Matthews had been working underneath the building when a train went by the construction site, causing the ground to vibrate, and the entire building to shift and slide toward him. Matthews, who doctors did not initially believe would live or walk, is working toward a masters degree in business administration.