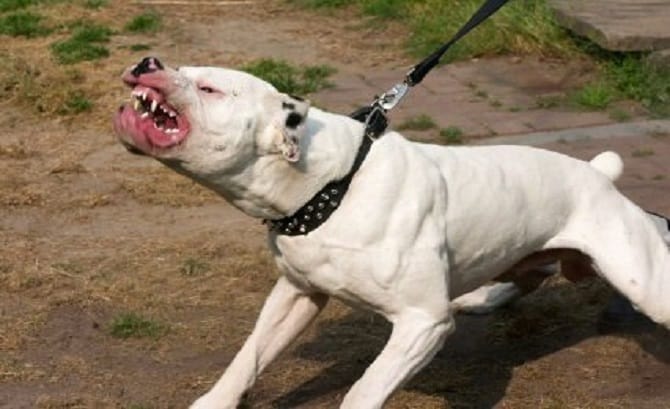 Each day about 1,000 U.S. citizens require emergency care treatment for dog bite injury, according to Dogsbite.org. For pit bull injuries or dangerous breeds, one in every six bites require medical attention. In the last 10 years, pit bulls killed 203 Americans and accounted for 62 percent of total recorded animal related injuries.

A victim may recover damages from the owner's homeowner or renter's insurance policy if the breed is covered. However, most insurance policies do not insure aggressive breeds such as pit bulls and rottweilers. Below are recent verdicts from pit-bull attacks:

A Connecticut state court awarded a 28-year old female plaintiff $15,815 after she was attacked by a pit bull. The plaintiff was invited as a guest to a barbecue. As the owner was taking the dog to relieve itself, she bent down to pet the dog and it bit her in the face. The victim sustained a cut on her right eye that required stitches and permanent scarring. The defendant was held strictly liable for the incident even though he verbally warned guest the dog was uncomfortable around strangers. The plaintiff was awarded $15,000 in non-economic damages and $815 in medical expenses.

An Oregon court awarded a $108,000 settlement for injuries sustained by a 43 year-old woman due to an attack at a party. The victim claimed the owners were negligent because they allowed the dog to roam freely during the event. The party-goer had to undergo plastic surgery to repair facial injuries, and suffered a permanent loss of sensation in her lower lip. Other attendees testified the pet was unpredictable and aggressive. The court also found the victim 48 percent liable for petting an animal she did not know.

Town Liable for $150,000 for Failure to Protect Against Dog Attack

A jury ruled that Hamburg, NY, was liable for negligently failing to protect an 82-year old woman and awarded her $150,000 afater a neighbor’s dog attacked her in her own yard.

After a neighbor’s dog attacked her, the plaintiff, Celeste Swietlik suffered a severe wrist fracture that required two internal pins and three days of in-patient treatment.

In the past, Swietlik and a neighbor had filed eight complaints about the same dog. She claimed that the dog had attacked other neighborhood dogs and that, in one instance, it attempted to break through a glass door, to enter her house. She asserted that town wardens visited her home several times and assured her safety. In her complaint, she argued she justifiably relied on the official’s assurances and the town assumed a duty to protect her.

$1.12 Million Award in for Washington Woman

A 2013 brutal pit bull attack, recently resulted in $1.12 million dollar verdict against the owner. An elderly woman was attacked by a neighbor’s two pit bulls while taking a walk in the neighborhood. The 65-year-old woman sustained several injuries because of the dog bites. While hospitalized she had a heart attack and died while being treated.

An 8 year-old girl was mauled by two of her neighbor’s dogs in 2010 after the owners let the animals run free and unleashed. The attack resulted in doctor’s amputating part of her left arm, partial use of her right arm, and severe injuries to both ankles. The plaintiff’s parents alleged the defendants failed to control, vaccinate, and secure their known dangerous dogs. The jury originally awarded the plaintiff $72 million in actual and punitive damages, which was reduced to $37 million on appeal, due to the state cap of $250,000 for punitive damages.