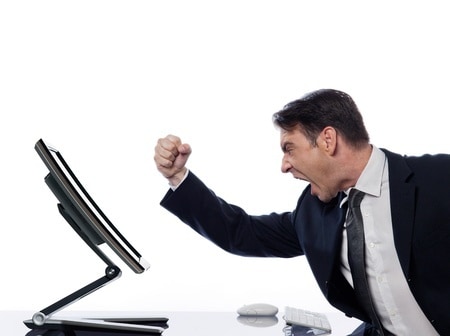 Clients who post nasty comments about their attorneys online may literally pay for it, according to the Florida District Court of Appeal for the Fourth District. The Florida decision – which upheld a six figure punitive damages award for a defamed attorney – may deter dissatisfied clients from turning to social media and other online outlets to file false grievances against lawyers.

It's Not What You Say, It's How You Say It

Divorce attorney Ann-Marie Giustibelli’s client, and her husband, posted a defamatory review about their experience with Giustibelli on Avvo.com, an online legal services marketplace. According to Avvo reviews, “Avvo offers on-demand, affordable legal advice through Avvo Advisor, which delivers an Avvo-rated, experienced lawyer for 15 minutes over the phone, available online or via a free app for iOS devices.”

The client, Copia Blake, agreed to pay Giustibelli a fee of $300 an hour, reflected by the written retainer agreement. Blake and her ex-husband claimed in online reviews that Giustibelli “altered her charges to 4 times the original quote with no explanation. Do not use her. Do not mistake sincerity for honesty.” At trial, however, Blake admitted that Giustibelli had not charged more than the quoted fees.

The Florida appeals court found the reviews asserted “that Giustibelli lied to [defendant Copia Blake] regarding the attorney's fee” and that she “falsified a contract.” Chief Judge Cory J. Ciklin wrote, “These are factual allegations, and the evidence showed they were false.”

The appellate court ruled that there was no First Amendment protection for false allegations that Giustibelli falsified a fee contract and misrepresented her fees. The court found it important that the statements purported to be factual allegations, rather than statements of opinion, “and the evidence showed they were false.”

If Blake and her husband had qualified the nasty comments as their opinions – rather than statements of fact – Giustibelli’s road to damages would not have been quite so easy. Blake could easily have accused Giustibelli of dishonesty in a way that would have allowed her to avoid liability. Subtly changing the phrasing of her review to, “I think [Giustibelli] is dishonest,” may have garnered First Amendment protection for Blake’s comments.

The Florida appellate panel, including Judges Melanie G. May and Alan O. Forst, also determined the trial court didn't err in finding the Avvo statements were “libelous per se” because they had a tendency to injure Giustibelli in her profession.

The $350,000 verdict for Giustibelli was even upheld despite that fact that it consists entirely of punitive damages. The appeals panel found the punitive award was warranted even if “actual damages [were] neither found nor shown.”

Justice might not be so easy for attorneys to serve to libelous clients in other states. It is important to note that special rules for defamation per se cases apply in Florida that act to lower the evidentiary burden plaintiffs must meet to prove damages. “No invoices, no lost profits, no lost monies, no evidence of damage itself has to be shown to the court before a judgment can be rendered in favor of the plaintiff,” said Alan Sackrin, a plaintiff’s attorney. Elsewhere, punitive damages must be reasonable in light of the compensatory damages they must accompany.

As Bloomberg points out, “The case could mark a turning point in the online reputation wars lawyers increasingly must wage against disgruntled clients who have more platforms to air their grievances than ever before.” Lawyers throughout the country are praising the Blake decision because it demonstrates the court’s recognition of an age-old fact: a lawyer’s reputation is her primary asset.