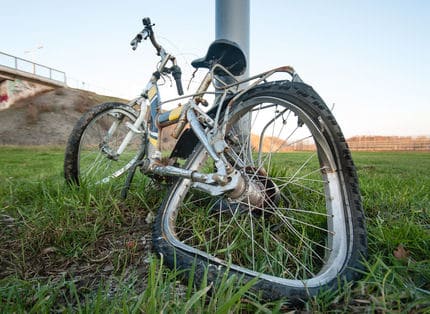 John Gelland was riding his bicycle north on A1A when the defendant opened the driver’s side door on her parked Ford Mustang.

A Florida cyclist and his wife have won more than $3.5 million in a lawsuit seeking damages in a 2012 collision in Jupiter.  A Palm Beach County jury granted John and Jo-Ann Gelland $3,577,378 for damages sustained in the wreck.  The defendant, Christina Bill, denied fault for the accident.

The crash happened on SR A1A in Jupiter on January 12, 2012. Plaintiff attorney Jeanmarie Whalen says John Gelland, who was 60 and retired at the time, was riding his bicycle north on A1A when the defendant opened the driver’s side door on her parked Ford Mustang.  Gelland crashed into the door and was thrown 20 feet into the air, landing in the northbound lane.  Whalen says Gelland was wearing proper cycling safety equipment, including a helmet.  Gelland suffered serious traumatic injuries in the incident, including fractures of his right upper shoulder and humerus as well as severe damage to his arm and right hand.  Whalen says Gelland has been left with permanent restriction of motion as well as complex regional pain syndrome.  He will require pain medications and therapies, along with physical therapy, for the foreseeable future.

Whalen, an executive committee member of The National Trial Lawyers’ Motor Vehicle Trial Lawyers Association, tried the case along with NTL Top 100 attorney Fred Cunningham of Domnick Cunningham & Whalen in Palm Beach Gardens.  Whalen said, “We are pleased with the jury’s verdict, which will allow Mr. Gelland to receive the necessary future care he requires for the extensive injuries he suffered in this unfortunate collision.”