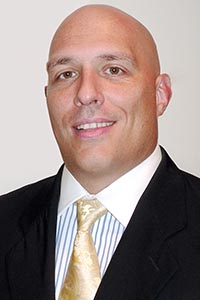 A jury in Miami-Dade Circuit Court awarded $1.25 million to a Vespa rider who was severely injured when he swerved and fell avoiding a car that cut him off. The pre-suit settlement offer from Liberty Mutual was $25,000.

Plaintiff Oswaldo Rojas Perez, a construction manager and student, was riding on Biscayne Boulevard in North Miami at 6 pm on April 9, 2014, on his way to an evening class. Defendant Richard Wolfson pulled out of an office building driveway, turned into the right lane in front of Rojas and forced him to swerve left and lay his scooter down.

The car didn't hit him but he was thrown more than 30 feet and the scooter slid another 80 feet. He injured his neck, shoulders, and back. Rojas had surgeries on both shoulders and a cervical fusion and discectomy. His surgeon testified he will need another cervical fusion and a lumbar fusion as his lower back worsens.

Rojas Perez' expert in accident reconstruction opined that he was proceeding at about 35 mph in a reasonable and safe manner when Wolfson suddenly emerged in front of him, cutting him off.

Defense attorneys argued that his injuries were pre-existing and not related to the crash, and that Rojas was speeding and caused the crash.

The jury found the defendant liable and awarded $2.5 million, but allocated the fault at 50-50 between the parties.