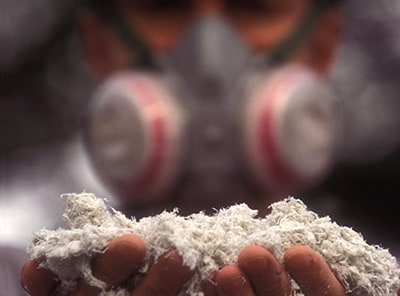 The Supreme Court of Florida reinstated a $6.6 million jury verdict for a man who contracted mesothelioma from working with asbestos materials mined by Union Carbide Corp. The 5-2 reinstatement decision lessens the burden of proof for products liability plaintiffs like William Aubin, the Florida man who suffered the asbestos-related side effects.

Aubin was exposed to the asbestos materials contained in a product called SG-210 Calidria. Aubin used this Georgia-Specific texture spray made of joint compounds while working as a home builder in the 1970s. Union Carbide was aware that using joint compounds and texture sprays would create respirable dust . . . and could ultimately cause both asbestosis and mesothelioma.

At trial, Aubin presented expert testimony that concluded exposure to respirable Calidria fibers causes mesothelioma. Mesothelioma is a tissue tumor that lines the lungs, stomach, heart, and other organs. Aubin’s expert testimony and evidence of Union Carbide’s knowledge was sufficient to permit the jury to make a causation determination.

On the district level, Union Carbide argued that Aubin, as the plaintiff, should bear the burden of proving a better, alternative design for the spray. The Florida Supreme Court disagreed, stating:

Florida Supreme Court Justice Barbara J. Pariente reasoned that the Third District’s decision was directly in conflict the state Supreme Court and several other district courts of appeal. The Florida high court even warned that the jury instruction presented at trial was so misleading it warranted a reversal.

The District Court improperly applied the risk utility test in direct conflict with the Florida Supreme Court’s consumer expectation test. By requiring a plaintiff to prove that a manufacturer should have foreseen a product’s risks, the Court held:

“[T]he risk utility test imposes a higher burden on consumers to prove a design defect than exists in negligence cases — the antithesis of adopting strict products liability in the first place. Increasing the burden for injured consumers to prove their strict liability claims for unreasonably dangerous products that were placed into the stream of commerce is contrary to the policy reasons behind the adoption of strict liability [claims] in the West.”

The majority ultimately concluded that the verdict reinstatement was sufficient and a new trial was not warranted, but Justice Ricky Polston (dissenting) and Justice Charles Canady (concurring) disagreed on this point. Union Carbide requested a jury instruction on the learned intermediary defense, and Justices Polston and Canady believed the facts at trial were sufficient to warrant the defense.

The Florida Supreme Court’s opinion has potentially far-reaching effects because the Court did not limit its rulings to Aubin’s case only. The potential impact of the ruling drew amicus briefs from the U.S. Chamber of Commerce, the Coalition for Litigation Justice, Florida Consumer Action Network and the Florida Justice Association, to name a few.