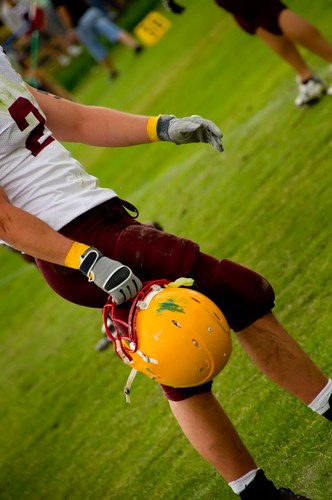 The family alleged a lack of proper supervision because no coaches remained on the field to supervise the student-athletes.

The family of a North Carolina high school student-athlete who was hit and killed by a motorized cart while volunteering at a recreational football camp, reached a $1 million settlement with the school, coach and cart driver.

A recreational football camp was taking place at a high school in North Carolina in July 2011. The camp was sponsored by the school, but open to the community, according to documents filed in civil court. High school student-athletes, including the victim, were helping out with the camp, which was supervised by the varsity football coach.

A couple of the student-athletes were asked by the head football coach to use a motorized cart to bring two large water coolers from the field to the nearby gym, according to depositions taken of the high school football coach.

The motorized cart was driven directly towards a group of students, which included the victim, across the field at about 20 miles an hour. Several of the students jumped in one direction, but one 15 year-old (the victim) jumped to his left. At the same moment, the operator of the cart turned hard to his right and the two collided, according to documents filed in civil court.

A lack of proper supervision

The 15 year-old student-athlete was run over by the motorized cart and suffered a serious brain injury. He later died to the severity of his injuries, according to documents filed in civil court.

Rick Shapiro and Kevin Duffan of the law firm Shapiro, Lewis, Appleton & Duffan in Elizabeth City, NC, along with co-counsel, sued the school administration, the coach, and the vehicle operator for negligence.

They alleged a lack of proper supervision because no coaches remained on the field to supervise the student-athletes. They also alleged that the school should have had a standard policy prohibiting students, or minors, from operating school owned motorized equipment, a policy many high schools have in place.