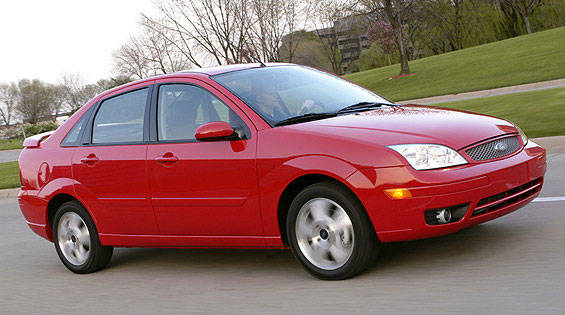 A Ninth Circuit judge reinstated a class action suit against Ford for consumers who purchased a 2005-2011 Focus.

The plaintiffs alleged the models had a rear-suspension “alignment/geometry” defect that caused the rear tires to wear prematurely. The order states that plaintiffs had rear tires replaced for the first time between 12,086 and 20,723 miles.

Ford was charged with knowing or should have known about the defects and failed to disclose to consumers at the time of sale.

The California plaintiffs claimed a breach of implied and express warranties, as well as fraud in the sale of Ford Focus models sold between 2005 and 2011.

For a de novo review on appeal, the Ninth Circuit addressed whether the district court’s summary judgment on the implied warranty under the Song-Beverly Consumer Warranty Act (“Act”) and express warranty claims was improper.

Implied Warranties under the Act

The Act addressed the duration of time an implied warranty of merchantability and fitness would last following the sale of a consumer good. It specifically stated that “each consumer good sold at retail in the state shall be accompanied by the manufacturer’s and the retail seller’s implied warranty that goods are merchantable.”

The deadline prescribed was no more than one year after purchase. However, previous court decisions ruled that there was “no requirement that a consumer report discover and report a latent product defect within [one year] unless there is convincing evidence to decide differently." Mexia v. Rinker Boat Co. 95 Cal. Rptr. 3d 285, 295 (Ct. App. 2009).

Based on a lack of evidence that the state’s highest court would change its decision from Mexia, the court reversed summary judgment on the implied and express warranty claims.

Ford created express warranties through the distribution of the New Vehicle Limited Warranty. The information served as an affirmation of fact or promise that the vehicle would operate properly.

To be successful in a claim of fraudulent omission the court stated there must be actual reliance. A plaintiff is required to show that:

Additionally, the plaintiff would need to show there would have been aware of a disclosure had one been made.

A sufficient inference could be made that a reasonable consumer would have depended on the information communicated to dealerships on issues with their cars, had they been told. The lower court was instructed to reconsider the plaintiff’s motion for class action.