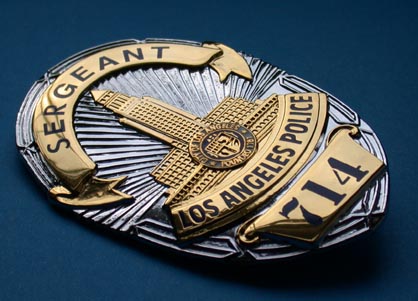 A former police captain reached a $1.1 million settlement with the city of Los Angeles in an employment law dispute.

The plaintiff, David Podesta filed suit in 2012 against his employer after his superiors retaliated against him for reporting legal violations conducted by his captains. Podesta witnessed the violations for a few years before reporting any violations. The reports led to Podesta being demoted to Sergeant I and a division transfer.

According to the LAPD’s manual, retaliation is defined as adverse employment action taken against an employee for engaging in protected activity.

A protected activity includes reporting the misconduct of another department or city employee to the Office of the Inspector General or any department or government entity.

Rose through the ranks

The former Los Angeles Police Department sergeant had been with the city since 1995. He rose through the ranks to become a Sergeant II Officer in charge of the Community Relations Office at the West L.A. Division. A new African-American Area Commanding Officer—the officer with authority over the division--was hired.

Within a few months of her arrival discrimination and retaliation complaints were sent to the command staff above the commanding officer.

Podesta received a series of negative comment cards and Notices to Correct in his personnel file after he made the report. Following the internal discipline records, his direct reports were no longer required to report to him.

The dispute was settled and the parties filed a request for dismissal in June.

Matthew S. McNicholas is also a top 100 member of the National Trial Lawyers.