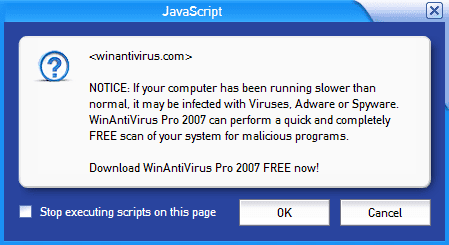 Innovative Marketing sold the scareware under the names WinFixer, WinAntiVirus, and WinAntiVirusPro. It would trick consumers into thinking their computers were infected.


The Fourth US Circuit Court of Appeals imposed a judgment of $163,167,539 on the final defendant in the FTC’s case against Innovative Marketing, Inc., which used computer “scareware” to trick consumers into thinking their computers were infected with malicious software, and then sold them software to “fix” their non-existent problem.

The court order also permanently prohibits Innovative's Vice President and founder, Kristy Ross, from selling computer security software and any other software that interferes with consumers’ computer use, and from any form of deceptive marketing. She personally had a hand in the creation and dissemination of the deceptive ads, and thus was held personally liable.

In 2008, as part of the FTC’s efforts to protect consumers from spyware and malware, the FTC charged Ross and six other defendants with conning more than one million consumers into buying software to remove malware supposedly detected by computer scans.

The FTC charged that the operation used elaborate and technologically sophisticated Internet advertisements placed with advertising networks and many popular commercial websites. These ads displayed to consumers a “system scan” that invariably detected a host of malicious or otherwise dangerous files and programs on consumers’ computers. The bogus “scans” would then urge consumers to buy the defendants’ software for $40 to $60 to clean off the malware.

The U.S. District Court for the District of Maryland subsequently ordered a halt to the massive scheme, pending litigation.  Under a settlement announced in 2011, defendant Marc D’Souza and his father, Maurice D’Souza, were ordered to give up $8.2 million in ill-gotten gains. Two other defendants previously settled the charges against them; the FTC obtained default judgments against three other defendants.

The case is FTC v. Kristy Ross, No. 12-2340. To learn more about these kinds of scams, read the FTC’s “Free Security Scan” Could Cost Time and Money.