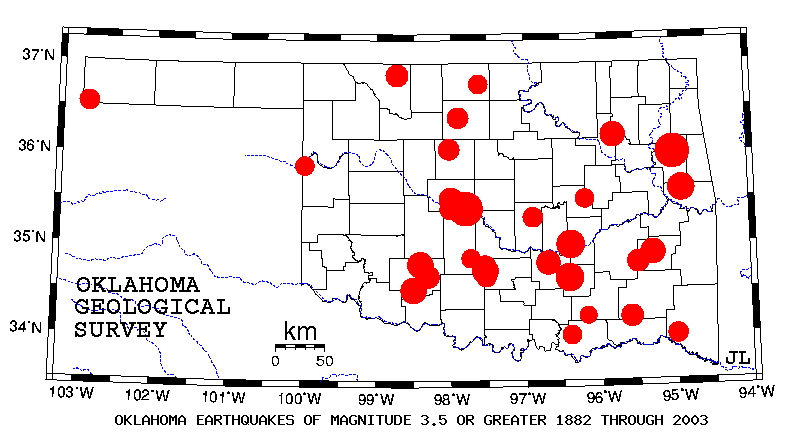 The Oklahoma Supreme Court has ruled in a 7-0 decision to allow homeowners to sue oil companies for injuries and property damage caused by oil fracking earthquakes.

The decision reverses a lower court decision that dismissed the case for lack of jurisdiction, citing that the Oklahoma Corporation Commission (OCC) had exclusive jurisdiction over cases concerning oil and gas operations.

Sandra Ladra of Prague, Oklahoma, suffered injuries when rock from her two-store fireplace chimney fell onto her during an earthquake.  Ladra filed the lawsuit against the New Dominion and Spess Oil Companies for her injuries caused by the wastewater disposed by the oil fracking operations.

“Oklahoma has experienced a dramatic increase in the frequency and severity of earthquakes,” according to the court opinion.  In the years before fracking began in Oklahoma in 2010, the state experienced fewer than 30 earthquakes in the near 10-year period beginning in 2000.

A sharp increase in fracking over the past decade has resulted in a massive increase of earthquakes with a magnitude of 3.0 or greater.  In 2013, the state experienced 109 earthquakes and 585 in 2014.

On the day of Landra’s injury, the earthquake had a 5.0 magnitude.  Ladra appealed the district court decision and Oklahoma supreme court granted review.

The court ruled that the OCC jurisdiction is limited only to public rights and is “without authority to entertain a suit for damages,” said the court.The oil companies argued that allowing district courts to have jurisdiction over this type of matter exerts inappropriate “oversight and control” over the OCC.

The court clarified that the OCC has exclusive jurisdiction over the dwelling, production and operation of the oil wells and fracking.  The OCC is “without authority” to address disputes between two or more persons or entities with no public interest involvement.

“People have been waiting on this decision,” said National Trial Lawyer top 100 attorney Scott Poynter.  Poynter is also proceeding with a class-action lawsuit related to the 2011 earthquakes.

The court reversed and remanded the case back to the district court to be tried.

The case is Ladra v. New Dominion, LLC,  Case number 113396 in the Supreme Court of Oklahoma