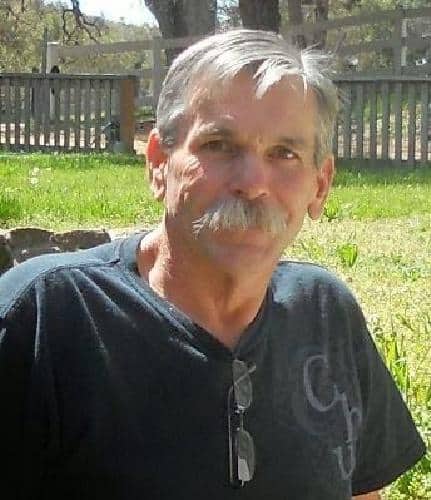 Jimmy Phillips was exposed to asbestos dust from automotive products while working on cars, race cars, trucks and heavy equipment beginning in the 1960s.

SAN PEDRO, CA – A jury in Fresno, CA, has returned a $10.9 million verdict in favor of the family of James ‘Jimmy’ Phillips, deceased, a 59-year-old plumber and race car enthusiast.

Defendant Honeywell, whose predecessor, Bendix, made asbestos-containing brake pads and linings, was the only defendant at trial. The jury awarded $7.4 million in compensatory damages and assigned 30% of fault to Bendix. The jury also found that Bendix acted with reckless indifference and awarded an additional $3.5 million in punitive damages.

The lawsuit was originally filed in May 2012 in Alameda County, CA. The defendants fought to transfer venue to Fresno, where they anticipated a more “defense-friendly” jury pool. The Fresno jury deliberated six days before rendering its verdict in favor of the Phillips family.

Lawyers from Worthington & Caron and the trial team of Stuart Purdy and Rob Green of co-counsel Simon, Greenstone, Panatier, Bartlett represented the plaintiff.

“Jim was always the guy the family and community called on to help them out when something went wrong. It was an honor to help out Jim and his family. Our trial was straightforward. We explained what science, medicine and common sense told us, and what every reputable expert in the field agreed with, about this defendant’s asbestos products. The jury understood it and held them accountable,” attorney Green said.

Jimmy was diagnosed with malignant pleural mesothelioma in March 2012. After nearly a year of treatment, Jimmy passed away from his asbestos-caused cancer.

Purdy and Green presented evidence that Jimmy was exposed to asbestos dust from automotive products while working on cars, race cars, trucks and heavy equipment beginning in the 1960s.

John Caron of Worthington & Caron notes, “How many men like Jim spent time as a teenager working part-time at a service station or doing shade tree work on their cars? This was a virtual rite of passage in our car-crazed nation in the 1950s through 70s. Unfortunately, this little slice of Americana had deadly consequences for Jim and many others because of the asbestos that manufacturers like Bendix included in their products. We applaud the jury for holding Bendix accountable for its role in causing the nightmare the Phillips family has been living since Jim’s diagnosis.”

Jimmy leaves behind Charity, his wife of 41 years, five children and fourteen grandchildren. The family has chosen to work through their loss by banding together to help others in their battle against cancer. On May 24, Kourtni, one of Jimmy’s daughters, organized the 1st Annual “Jimmy’s Golf Tournament” in Mariposa, California.

A small army of friends and family helped raise over $12,000, half of which was donated to support mesothelioma research at the Pacific Meso Center in Los Angeles. The other half will be distributed to local families battling cancer and towards a college scholarship at the local high school.

Worthington & Caron are proud to be Gold Sponsors of the 1st Annual Jimmy’s Golf Tournament, and look forward to many more years of supporting this worthy fundraiser that honors an outstanding man.

Charity epressed her gratitutde to her attorneys. “I am so proud of Stu and Rob. They never backed down. The entire legal team was so supportive, both with any legal issues as well as personal issues. Those boys fought long and hard for Jimmy. I consider them a part of my family now.”