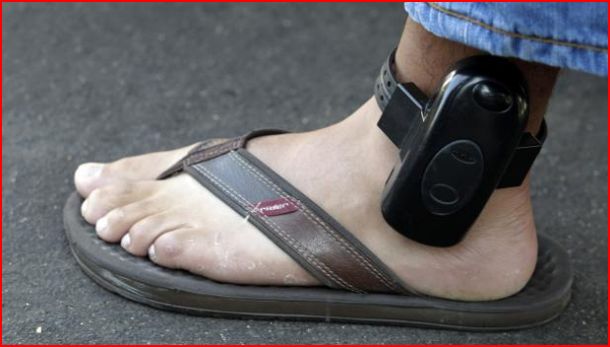 Torrey Dale Grady is not disputing the fact that he is a sex offender, and a repeat one at that. He has, however, been battling in North Carolina courts, claiming the GPS ankle bracelet he must wear, which allows the government to monitor his location via satellite 24/7, constitutes an unreasonable search and seizure under the Fourth Amendment, thereby violating Grady's constitutional rights.

The United States Supreme Court sided with Grady on March 30, 2015, finding that when the state of North Carolina requires a citizen like Grady to wear a GPS monitoring ankle bracelet for the rest of his life – based only on the citizen's status as a recidivist sex offender and where the citizen is not deemed a danger to society – it performs an unconstitutional search.

“For purposes of the Fourth Amendment, a state conducts a search when it attaches a device to a person’s body, without consent, to allow it to track that person’s movements.”

In United States v. Jones, the Supreme Court determined the government’s installation of a GPS device on a suspected person's vehicle, as well as the government's use of that device to monitor the vehicle’s movements, constituted a “search” within the original meaning of the Fourth Amendment.

In Jones, it was important to the court that the government had “physically occupied private property for the purpose of obtaining information.” The Jones Court found it unnecessary to determine whether or not the target had an expectation of privacy of his vehicle's movements, because, “Where the government obtains information by physically intruding on a constitutionally protected area, a search has undoubtedly occurred.”

The Supreme Court reaffirmed the U.S. v. Jones principle in a fairly recent case, Florida v. Jardines, where it held that having a drug-sniffing dog nose around a suspect’s front porch was a search, because police had “gathered . . . information by physically entering and occupying the [curtilage of the house] to engage in conduct not explicitly or implicitly permitted by the homeowner.”

The opinion noted that because a search occurs when the government gains evidence by physically intruding on constitutionally protected areas, it follows that a search occurs when a device is attached to a person’s body, without consent, for the purpose of tracking that individual’s movements.

The state of North Carolina relied too heavily on the civil nature of the state's GPS monitoring system in furthering its argument, which the Supreme Court did not buy. Pointing out that the protections of the Fourth Amendment extend beyond criminal investigations into the realm of civil proceedings, the Court found irrelevant the governmental purpose in GPS monitoring:

[sws_blockquote_endquote align="" cite="" quotestyle="style01"] “The government’s purpose in collecting information does not control whether the method of collection constitutes a search. A building inspector who enters a home simply to ensure compliance with civil safety regulations has undoubtedly conducted a search under the Fourth Amendment.” [/sws_blockquote_endquote]

The state next attempted to argue, unconvincingly, that there is no evidence of what information, if any, North Carolina currently obtains through the monitoring process, urging that it cannot be certain its program for satellite-based monitoring of sex offenders collects information. If the very name of the program does not suffice to rebut this contention, the text of the statute surely does:

“The satellite-based monitoring program shall use a system that provides all of the following: “(1) Time-correlated and continuous tracking of the geographic location of the subject . . . “(2) Reporting of subject’s violations of prescriptive and proscriptive schedule or location requirements.” N. C. Gen. Stat. Ann. §14–208.40(c).

Reasonableness of the search

The Supreme Court found the GPS monitoring program to be more than plainly designed to obtain information, stating simply that “since it does so by physically intruding on a subject's body, it effects a Fourth Amendment search.” The inquiry into Grady's claim cannot end here, however, because the next step is to determine the reasonableness of the search itself. This is so because only unreasonable searches are invalid under the Fourth Amendment. This issue, which was not addressed at all by any of the North Carolina courts, has been remanded from the Supreme Court back to the State.

The North Carolina courts must now examine the issue of whether the State’s monitoring program is reasonable when properly viewed as a search. According to Supreme Court precedent in Samson v. California, “The reasonableness of a search depends on the totality of the circumstances, including the nature and purpose of the search and the extent to which the search intrudes upon reasonable privacy expectations.”