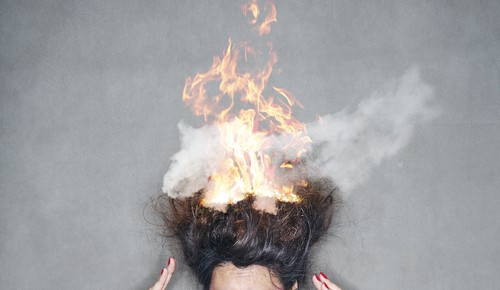 The Seventh Circuit Court of Appeals has affirmed a $10 million class-action settlement against Unilever United States, Inc. (Unilever USA) for its Suave Keratin Infusion 30 Day Smoothing Kit (Smoothing Kit) that melted consumers' hair causing it to fall out and burn the scalp.

A class member objected to the settlement on many grounds, which the court dismissed, affirming the district court’s proper approval of the settlement agreement.

Three class action lawsuits were filed and consolidated into one in the Northern District of Illinois against Unilever USA in August 2012.  The class members purchased the Smoothing Kit, which was a hair product marketed to smooth hair and coat it with keratin.  An active ingredient in the product, thioglycolic acid, is extremely corrosive and when left in the hair, it can melt the hair and burn the scalp.

After a year and a half of mediation, the parties reached a settlement agreement in February 2014 and an order granting approval was entered in July 2014.  The settlement provided for a reimbursement fund of $250,000 and an Injury fund of $10 million.

The reimbursement fund provided compensation to any class member with a one-time payment of $10 for the cost of purchasing the smoothing kit.

The injury fund was designed to compensate members under three benefits;

Class member Tina Martin objected to the settlement agreement and appealed the final order.  The Court of Appeals dismissed all 11 of Martin’s objections, writing many of the issues she asserted overlapped and conflicted with one another.

Martin claimed that the district court relied on inaccurate data, arguing that the settlement amount may be inadequate because the class size is probably larger than the parties assumed.  She also claimed the court did not know enough information about the number of claimants who suffered serious injuries because only 500 injury clams had been filed.

The court wrote that Martin did “not seem to be sure about what point she is making” as she asserted conflicting arguments.  Nevertheless, the court determined that district court had sufficient information to order the settlement agreement and that the amount was in a reasonable range.

Against Martin’s claim that the settlement failed to provide injunctive relief preventing Unilever from marketing or selling the Smoothing Kits, the court wrote that the agreement already carved out retailers still selling the product, negating the need for such an injunction.

Martin further objected to the procedures the court followed in approving the class counsel’s fees, claiming that her due process and procedural rights were violated because she was prevented from commenting on the counsel fee petition.

The court found no error by the district court deferring its consideration of the counsel fee motion until it had approved the settlement agreement.  Further, the attorney’s fee petition was not submitted until two weeks before the deadline for objections, which the court wrote was “plenty of time for input.”

The court also noted, “Martin herself filed an objection” to the petition.  In support of the district court decision, the court wrote that this type of provision that keeps the attorney’s fees separate from funds for compensation and defers the final award until the agreement is approved, is “to be encouraged.”

The court further dismissed Martin’s other claims for lack of standing and failing to provide evidence to support her claim.  Concerning her additional arguments against the agreement, the court “[saw] no need to address them separately” and affirmed the settlement agreement reached in the case.