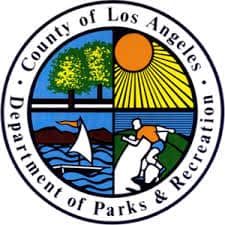 The City of Los Angeles has been ordered to pay a white ex-groundskeeper more than $4 million due to harassment and retaliation based on race and disability discrimination. James Duffy, a mentally disabled gardener employed by L.A. from 1991 until his retirement in 2010, experienced the discrimination at the hands of his Hispanic supervisor, Abel Perez.

Perez, who is Mexican American, called Duffy derogatory names from the beginning of their working relationship, which lasted from 2001 until 2006. When Duffy asked Perez why he treated him more poorly than Hispanic coworkers, Perez allegedly replied, “I hate white people.” Perez continued to urge other coworkers and supervisors not to assist Duffy in the workplace, and frivolously wrote Duffy up for “poor work performance” on several occasions.

Duffy slipped on wet pavement and suffered a workplace injury in 2004 that caused serious brain trauma because of a previous blow to the head in 1979. Thereafter, Duffy suffered from slower speech, cognitive development issues, difficulty in thinking, and the tendency to repeat himself.

Perez used Duffy’s new mental disability as an opportunity for mistreatment and trickery, even hiding Duffy’s tools from him so that he was unable to clean his assigned park. Tony Ruiz, a lead senior gardener who told Perez he was using inappropriate measures to “discipline” Duffy, investigated Perez and transferred him to another city district.

After Perez’s transfer, however, the discrimination and harassment continued because Perez still maintained indirect supervision over Duffy as well as control over Duffy’s assignments. Perez placed Duffy in harsher working conditions and denied him help from coworkers assigned in nearby parks. Perez repeatedly drove by Duffy to honk his car horn and yell derogatory names. Duffy continued to report the harassing conduct to other supervisors, but to no avail.

Despite the lawsuit, which was initiated in 2011, Perez is still currently employed as by the city as a senior parks maintenance supervisor of the Metro East district. “I didn’t do the things I was accused of. People who know me don’t even believe this,” said Perez. Perez maintains he has received no discipline from the city parks department.

The city's case was damaged when three other Latino parks employees told the jury, which consisted primarily of black and Hispanic individuals, that Perez told them he was biased against white workers.

Instead of a court decision based on who is more believable, Duffy’s case was riddled with direct evidence of harassment. “We were obviously happy, but it was expected,” said Carney Shegerian, Duffy’s attorney. “The evidence was just so plentiful how he had been so severely harassed.”

The case is James Duffy v. City of Los Angeles (Case No. B252465) in the Court of Appeal for the State of California, Second Appellate District, Division Four.