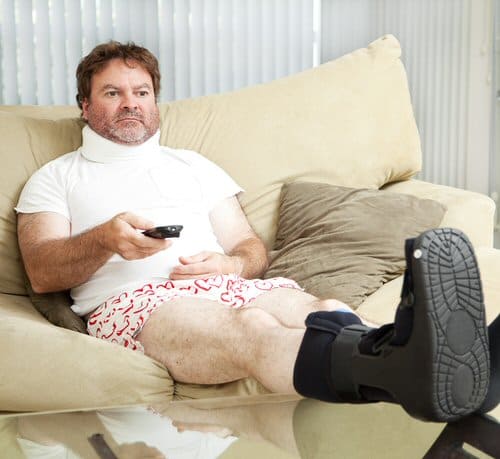 Lead generation TV campaigns are a popular method to connect consumers with lawyers. There are 67,000 personal injury or mass tort TV spots broadcast every year.

By Larry Bodine, Editor of The National Trial Lawyers. Mr. Bodine can be reached at www.LarryBodine.com and 520.577.9759.

Every year, 30 percent of the U.S. population uses legal services, for a total of 103,480,348 new legal actions every year, according to the National Center for State Courts. However, it is difficult for consumers to find experienced lawyers, and it is confusing for lawyers to locate clients with specific cases.

Helping lawyers connect with specific consumers is what lead generation companies do. Adam Warren, a direct marketing expert from Temecula, CA, explained how direct marketing to consumers works in a presentation at the recent Mass Torts Made Perfect conference in Las Vegas.

Warren is President and Co-Founder of OpenJar Concepts®, Inc. and its mass torts division The Sentinel Group ™, a full service , direct response marketing company offering lead generation campaigns on national TV, radio, print and mobile. “Whether a lawyer is looking for testosterone, transvaginal mesh or Risperdal files, there are a variety of strategies to explore. Not one size fits all. Every firm will have different criteria that works for it,” he said.

The calls can be forwarded to a law firm or its call center. In other cases the calls are directed to a rotation of law firms, in a campaign where the law firms have pooled their resources to share the cost of the campaign.

Lead generation TV campaigns are a popular method to connect consumers with lawyers. There are 67,000 personal injury or mass tort topic TV spots broadcast every year, according to Mary Ann Walker of Walker Advertising in Los Angeles. Currently, a one of the most visible TV campaigns is directed at men who took testosterone – whether in a gels, pellets, patches or injectable – and suffered a heart attack or other coronary event.

It is estimated that 3% of all men are taking testosterone to treat “Low-T,” a condition invented by pharmaceutical companies. As evidence grows about the dangers of testosterone supplements, some TV campaigns target potential plaintiffs in demographic groups such as Latino men – one million of whom are taking testosterone supplements. “Testosterone is a hot campaign right now,” Warren said, “but it has not produced many cases yet. The campaigns are ‘marinating’ on various media now, and we expect a big breakout in the coming months.”

The greater the difficulty in generating a phone call, the greater the cost. “For example, finding clients with claims involving Yaz birth control is like searching for a needle in a haystack,” Warren said. “On the other hand, a tort case involving (the anti-psychotic drug) Risperdal will generate 200 responses per day.”

“The harder it is to generate a case, the more ads need to run – and the cost of a response goes up,” he said. For example, cases involving diseases caused by asbestos or the diabetes drug Actos produce a low response rate, but the damages involved can be very high. The families of three New York asbestos workers were awarded $12.5 million in March 2014 in a mesothelioma case. This was dwarfed by the $9 billion jury verdict against Takeda Pharmaceutical Co. and Eli Lilly in April 2014 in a case charging that the companies concealed the cancer risks of Actos.

Budgets for a lead generation campaign can range from $100,000 per week over several months for law firms seeking a large national caseload for a particular tort -- with some law firms spending $1.25 million or more. Other law firms start with modest budgets of $25,000 for a two-week campaign. The cost per call can be adjusted depending on the firm’s needs:

Law Firms will tend to start a campaign with a specific goal in mind, with costs based on sending out an information packet and on actually acquiring a client.

Warren recommended that before a campaign is started, a law firm should have its call center ready with trained personnel. “Law firms that handle their own calls are the most successful,” he said.

To fund the considerable investment of a lead generation campaign, financing companies such as Esquire Bank, Counsel Financial and Plaintiff Support will lend money to a law firm, which uses the potential recoveries as collateral. “Lawyers need to know what their costs are and make sure they have financing and working capital in place to carry them through,” said Jack Blackburn of Burford Capital in New York, speaking at the Mass Torts conference.

According to Warren, the key to success is to avoid delay. “As soon as a lawyer feels compelled by a tort and the science is believable, it is important to get out in front with a campaign.  We’ve had our greatest successes when we are out at the forefront of a tort. Some firms like to jump out in front and test the response, and that has been a successful approach.”