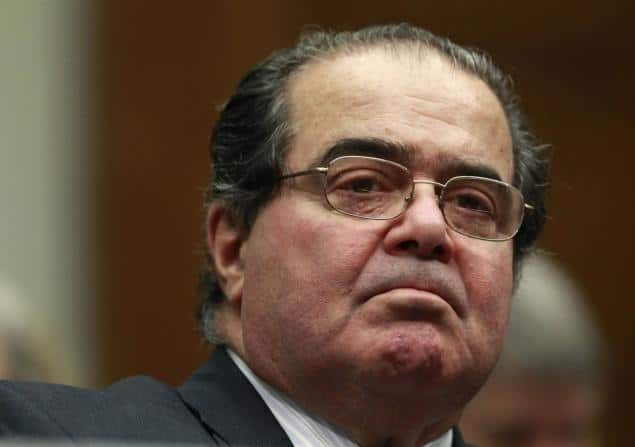 The death of Antonin Scalia -- the Reagan-appointed, outspoken and rigidly conservative Supreme Court justice -- left the outcome of several major pending SCOTUS cases entirely up in the air.

Gone are Scalia's scathing dissents and his “originalist” judicial philosophy. Scalia believed jurists should interpret the U.S. Constitution according to the Framers’ original intent, regardless of the current reality.

Dow Chemical Co.’s agreement to pay $835 million to settle a price-fixing dispute is just one example that Justice Scalia’s death is a serious blow to businesses that have previously been successful in challenging class action cases at the U.S. Supreme Court level. In the process of merging with Dupont, Dow opted to settle the decade-long case rather than risk a decision by an eight-justice court missing Scalia, who was a reliable vote in support of companies in class action cases.

Dow said in a statement that Scalia’s death and the raging political fight over naming his successor meant an “increased likelihood for unfavorable outcomes for business involved in class action suits.”

Another class action case heard by the Supreme Court this term involved online search company Spokeo Inc. SCOTUS appeared closely divided following the November oral argument, which could result in a 4-4 split. While such a ruling would not set a national precedent, it would be a victory for the affected plaintiffs.

And the Court has already started ruling on several health care cases pending during its current session. According to Josh Blackman, associate professor of law at South Texas College of Law, appellants and appellees banking on Scalia’s vote may receive profoundly different rulings without him on the bench. “If the Court splits 4–4, it gets complicated,” Blackman said. “Usually, a tie vote affirms the lower court, but in some of this term’s cases, lower courts have ruled differently on a single question.”

A split decision effectively upholds the ruling of the lower court (presumably a state supreme court). In the event of such a tie, the court typically issues what's known as a per curiam decision. The opinion in such a decision is issued under the court's name, as opposed to consisting of a majority and a minority opinion.

When a 4-4 deadlock does occur, the case is not deemed to have set any sort of precedent.

Scalia even wrote several major opinions in favor of corporations, including Comcast and Walmart. Thus, Scalia’s absence may influence overall what cases the Supreme Court chooses to hear. It’s a firm Supreme Court rule that decisions are not final until they are handed down, so nothing Scalia did or said in pending cases matters to the outcome.

Uncertainty in His Absence

The uncertainty surrounding big SCOTUS decisions could last beyond this term depending on whether and for how long the Senate fights Obama’s nomination to replace Scalia. Tom Goldstein of SCOTUSBlog predicts the Republican Senate is unlikely to let President Obama push through his own pick so close to an election.

While it remains possible President Obama could attempt to bypass the Senate and replace Scalia through a recess appointment, that tactic is rarely used and would be certain to draw outrage and an attack from Republicans. One thing is certain regarding the president: the potential for 4-4 decisions creates uncertainty for several upcoming cases this term that will undoubtedly affect President Obama’s legacy.

In the case of a SCOTUS split, whatever the lower court decided is affirmed, and that ruling only applies to the low court’s specific circuit. Naturally, this leaves serious legal conflicts among circuits unresolved. The Court was divided 5-4 along ideological lines only about a quarter of the time; most decisions are actually unanimous. It is, of course, the divided decisions that are often the most culturally and politically controversial.

Scalia already heard – and potentially already cast votes – in several high stakes cases that could decide issues regarding whether universities can continue to use affirmative action to if unions can collect fees from nonmembers to survive. Any Scalia votes already cast in pending cases, however, will be invalidated, sending the Supreme Court back to the drawing board. We can likely expect to see 4-4 splits on key issues, with the remaining four liberals and four conservatives on the bench facing off against each other.