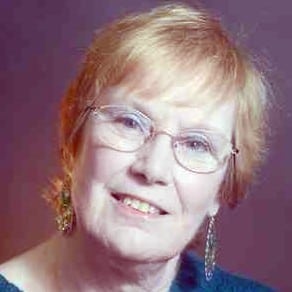 By Jodine Mayberry. This is reprinted from The Delaware County Daily Times.

The Pennsylvania Superior Court in February upheld a $10 million medical malpractice verdict for a 10-year-old Philadelphia boy, S.T., whose life was changed forever in 2009 when he was just 11 months old.

His parents brought him to the emergency department of Children’s Hospital of Philadelphia three times in the span of three days suffering from a high fever and difficulty breathing.

On the third visit, doctors finally performed a lumbar puncture and diagnosed him with bacterial meningitis.

By then, S.T. had suffered complete, irreversible loss of hearing and significant brain damage that left him unable to take in or process language in any way. The jury awarded S.T. $2.5 million for economic damages – medical expenses and loss of future earnings – and $7.5 million for noneconomic or pain and suffering damages.

The Superior Court allowed the verdict to stand, including the $7.5 million in noneconomic damages, given S.T.’s severe lifelong impairment and loss of the chance for a normal life.

Some Republican members of Congress want to fix it so a medical malpractice victim like S.T. can never again receive such a large award for pain and suffering, no matter what a jury or court of law might think.

A bill, H.R. 1215, laughingly called the “Protecting Access to Care Act of 2017,” has sailed through two committees on party-line votes and will come up for a full House vote sometime this year.

It should be called “the Barring the Courthouse Door to Malpractice Victims Act,” a door that is open only a crack now.

What is most remarkable about H.R. 1215 is that its Republican backers, who have such a reverence for state’s rights, want to federalize just this one aspect of state tort law by setting a nationwide cap of $250,000 on med-mal noneconomic awards.

Pennsylvania does not currently have a cap on pain and suffering damages, but this bill would impose one.

Marking it harder for med-mal victims to sue

Many of the bill’s supporters have long bought the arguments of their insurance company donors that anything that makes it harder for med-mal victims to sue would lower the malpractice insurance premiums they charge health care providers and, voila, make medical care more accessible to all.

At least two studies have shown that erecting such legal barriers have no effect on med-mal insurance premiums; the only thing that does is whether the insurance companies’ investment income goes up or down (see financial crisis of 2008).

Noneconomic damages are very real damages meant to compensate – not that money really can – for physical pain, impairment, disfigurement, emotional distress and loss of a normal life caused by a doctor’s moment of carelessness.

The younger you are – like S.T. – the longer your lifetime of pain and suffering will last and the less a low, fixed amount, like $250,000, would ever compensate you.

The reality is a low cap – and $250,000 is a low cap – on pain and suffering damages can make it very difficult to find an attorney to ever take a case to court, which is the point of the bill.

S.T. may well have not had a lawyer willing to represent him without the possibility of collecting a fee based on substantial noneconomic damages.

I’m not ragging on lawyers. I understand how the system works.

When lawyers decide to take a medical malpractice case, they don’t get paid unless they win and they need to put out tens of thousands of dollars of their own money upfront on legal research, medical experts, trial exhibits, depositions, office expenses and other costs.

If they don’t win they never recoup that money, but then the client doesn’t get stuck with a bill either.

H.R. 1215’s sponsor, Rep. Steve King, R-Iowa, says the law is needed to reduce health care costs by freeing doctors from having to practice “defensive medicine,” that is, from having to order unnecessary tests just to protect themselves from lawsuits.

As S.T.’s case shows, a little “defensive medicine,” like that lumbar puncture early on, would have saved him and his family a lifetime of suffering and his medical providers or their insurers $10 million.

This bill will not eliminate testing because in the 21st-century doctors practice “evidence-based” medicine, which involves testing to find out where and what the problem is.

My orthopedic specialist would not dream of touching my spine without an MRI in hand. Neither would my primary physician dream of prescribing certain medications without diagnostic blood tests.

What the bill is really intended to do is discourage malpractice victims from suing and discourage lawyers from taking their cases.

Doctors and their insurers love to claim that if we only had medical malpractice “tort reform,” health care costs would be dramatically reduced.

Pennsylvania and other states heard that siren song long ago and have already reformed their malpractice laws significantly and wrung out all the cost savings there they possibly could.

The only thing left is to find some way to prevent med-mal victims from being able to sue at all.

This bill is not going to do that, but if by some remote chance it is enacted, other Pennsylvanians like S.T. will be hurt.

Jodine Mayberry is a retired editor, longtime journalist and Delaware County resident. Her column appears every Friday in the Delaware County Times. You can reach her at jodinemayberry@comcast.net.