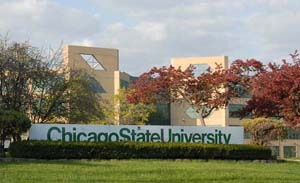 Determining that punitive damages are available under the Ethics Act, the Illinois Appellate Court ruled that Chicago State University’s conduct was “thoroughly reprehensible,” and the ratio between the compensatory and punitive damages award was entirely reasonable.

Crowley, former Senior Legal Counsel for Chicago State University (CSU), reviewed contracts and processed the university’s FOIA (Freedom of Information Act) requests. Crowley alleged he was retaliated against after he refused to withhold certain documents from FOIA requests inquiring about the university’s President. Crowley reported his concerns about the FOIA requests and Chicago State’s contracting practices to the Illinois State Attorney General’s Office.

According to the Illinois opinion, Crowley's employment was without incident until 2009, when defendant Dr. Wayne Watson was hired to become president of CSU. Watson had just finished a job as the head of the Chicago City Colleges and planned to draw his state pension. Shortly after the announcement of the CSU job, it was discovered that, in order to begin receiving pension payments from the State University Retirement Systems (SURS), the rules required him to have a three-month gap between state jobs.

Improper Use of Funds

During the gap, amidst significant public controversy about the merits of Watson's appointment, allegations focused on Watson's alleged use of state funds to renovate the so-called "presidential residence" while making decisions at CSU when he was not yet officially in office. During this period, in the view of all parties at trial, Watson was not a CSU employee and thus could not authorize any sort of activity at the university.

Numerous FOIA requests were received by CSU from curious citizens (including a rather prolific document requester named Phillip Beverly, a tenured political science professor at CSU) which called for any documents concerning Watson's hiring and the work at the residence. Crowley went about the task of collecting all documents that he believed would be responsive to these numerous requests.

According to Crowley, during a meeting in President Watson’s office, which the interim acting president, Dr. Sandra Westbrooks joined, Watson demanded that nothing be produced without his personal review -- despite the notable facts that Watson was not yet an university employee and that it was Crowley's job to fully respond to FOIA requests. Crowley testified at trial that a rather animated Watson grabbed his wrist and told him, "If you read this my way, you're my friend. If you do it your way, you're my enemy."

On February 1, 2010, Crowley was escorted off CSU premises after being summarily suspended by Patrick Cage, CSU's newly hired (November 2009) general counsel and a longtime colleague of Watson's. Crowley was brought back to CSU on February 19, 2010, for a very brief meeting with Cage in which he was told that financial irregularities were found in an audit relating to Crowley’s work.

Hours later, Crowley's employment was officially terminated. There is no indication in the court record that Crowley was given any opportunity to correct these perceived shortcomings, which Crowley claimed was in violation of CSU's policies and procedures.

A Cook County jury found that Crowley was retaliated against in violation of the Ethics Act and awarded him $480,000 in back pay and an additional $2 million in punitive damages.  Pursuant to the statute, the trial court doubled the back pay to $960,000, ordered the University to pay attorneys’ fees of $318,000, and awarded prejudgment interest in the amount of $60,000.

The trial court also ordered the University to reinstate Crowley to his former position or provide “front pay” based on a $120,000 annual salary through the resolution of any appeals.

This ruling clarifies that punitive damages are available under the Ethics Act and affirms the serious risks employers face for taking adverse action against employees engaging in lawful activity under state whistleblower laws.