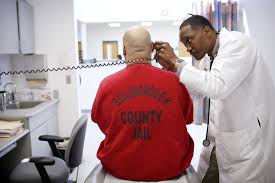 Delirium tremens is considered a medical emergency, and the goals of treatment are to save the person's life.

Corizon Health, Inc., a national for-profit jail healthcare corporation, recently agreed to pay $8.3 million for the wrongful death of an inmate who was tasered and beaten to death while suffering from delirium tremens. The settlement with the deceased's four adult children was reached one week after a trial began.

Corizon staffed the jail with unqualified Licensed Vocational Nurses (LVNs), who are trained to offer only basic medical care and must work directly under the supervision of Registered Nurses (RNs) or physicians, to provide assessments and patient plans. The title of LVN is a job title used only in Texas and California. Licensed vocational nurses are known as licensed practical nurses (LPNs) in all other states.

In addition to the settlement of almost $9 million, both Corizon Health, Inc., and Alameda County also agreed to injunctive relief. Corizon has agreed to change the way it practices correctional medicine, which carries with it the implication of an overall reform in the way correctional medicine is practiced across the United States.

Martin Harrison, the deceased, was a 50-year-old alcoholic jail inmate in Alameda County, California. He was subjected to a number of civil rights violations prior to his death, which occurred at the hands of Corizon Health, Inc. Corizon provided medical care to Harrison that was deliberately indifferent to his well-being and overall health.

LVNS are typically responsible for monitoring patients' vital signs, including their blood pressure, pulse, respiration, temperature, height and weight. LVNs handle typical bedside care and have a lot of direct contact with patients. However, California requires that the kinds of assessments and patient plans Corizon LVNs were performing must be performed by nurses who have achieved an RN level of education or higher.

Due to lack of competent medical care the LVNs gave Harrison, he went into severe alcohol withdrawal, which caused him to experience life-threatening hallucinations resulting from delirium tremens.

While delirium tremens can occur after the cessation of drinking alcohol after a period of heavy drinking (especially if inadequate amounts of food are consumed), delirium tremens may also be caused by head injury, infection or illness in people with a history of heavy alcohol use. It  is most common in people who have a history of alcohol withdrawal. It is especially common in those who drink 4-5 pints of wine or 7-eight pints of beer (or one pint of "hard" alcohol) every day for several months. Delirium tremens also commonly affects people who have had an alcohol habit or have experienced alcoholism for more than 10 years.

Symptoms most often occur within 48-96 hours after the last drink, but may even occur up to 7-10 days after the last drink of alcohol. They include rapid emotional changes, hallucinations, generalized tonic-clonic seizures, changes in mental function, confusion, and sensitivity to touch. While Harrison was experiencing the side effects of delirium tremens, including hallucinations, he was tasered and subsequently beaten to death by Alameda County jail deputies.

Delirium tremens is considered a medical emergency, and the goals of treatment are to save the person's life and relieve the symptoms experienced. Although a healthcare provider typically performs a physical exam, as well as toxicology and comprehensive blood work, a hospital stay is needed at minimum so that a team of healthcare providers can regularly check vitals and blood chemistry. Delirium tremens is a serious and possibly life-threatening medical condition. Some symptoms related to alcohol withdrawal can last for over a year after the last drink of alcohol.

The injunctive relief requires that Corizon stop its practice of assigning unqualified LVNs to do the work of RNs throughout all facilities in California where Corizon has contracts. Corizon, which plans to grow its presence in California, holds more than 107 contracts around the country, covering 531 jails and prisons, and more than 345,000 inmates in 27 states. The Corizon counties currently affected by the injunction are Alameda, Santa Barbara, Tulare and Fresno counties. Approximately 80 percent of inmates in Alameda County jails alone are dependent on alcohol or other drugs

The injunction expressly requires that RNs, rather than LVNs, will conduct all intake medical assessments on patients in California. The settlement further requires Alameda County to provide health training to deputies who work with jail inmates, pursuant to national accrediting standards set forth by the National Commission on Correctional Healthcare. The NCCHC's standards are national recommendations for managing the delivery of medical and mental health care in correctional systems. Per the injunction, these deputy health training programs must be implemented at least every two years.

Judge Jon S. Tigar will continue to oversee the injunctive relief and settlement for the next four years to ensure compliance. The case is M.H. v. Alameda County, et al., case number C11-2868 JST in the U.S. Northern District of California. The case was settled on February 9, 2015.