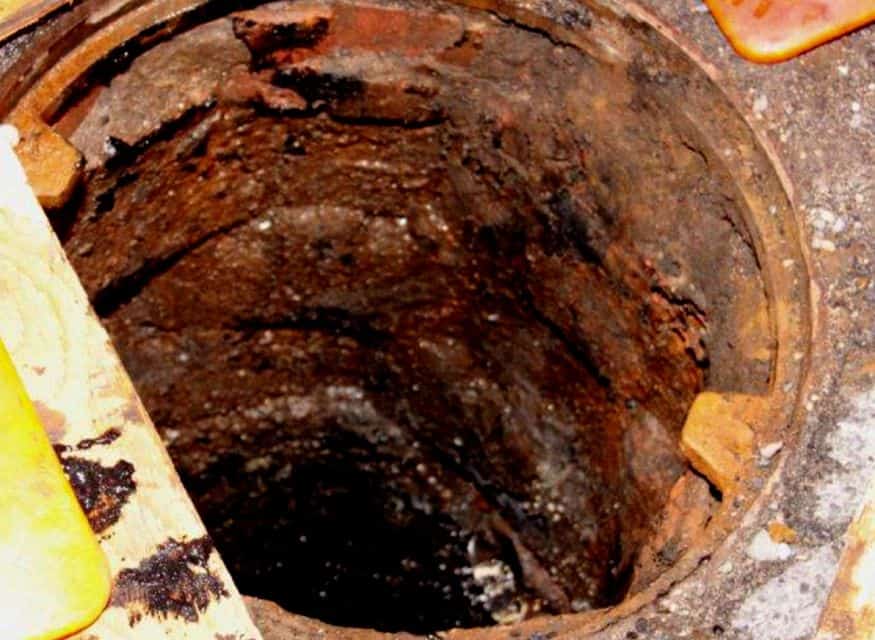 Amiri Zeqiri, 17, of Central Islip, was working at a Smithtown Dunkin' Donuts when he fell into this open cesspool. Image from Newsday (Credit: Rob Garofalo)

A New York Appellate court ruled that a shopping plaza owner’s general liability insurance policy is responsible for an injury arising on its premises when a 17-year-old fell to his death in a septic tank cesspool.

Amiri Zeqiri stepped onto a manhole cover that broke and gave way while he was taking out the garbage from the donut shop where he worked in Smithtown, New York. After being pulled out of the cesspool, while unconscious, Zeqiri was rushed to the hospital, where he later died.

The owners of the shopping plaza, JKH Realty Group, LLC (JKH), had a general liability insurance policy providing coverage for “bodily injury ‘arising out of…use of the premises…and operations necessary or incidental to the premises.”  The policy contained a parking lot exclusion clause that denies claims arising from use of the plaza’s parking lot, according to court documents.

Lancer Indemnity Company (Lancer), the company insuring the JKH Realty shopping plaza, argued that the parking lot exclusion applied to Zeqiri’s fall and subsequent death because the injury occurred in the manhole within the parking lot.

The court explained that any exclusions and ambiguity in an insurance policy must be “construed against the insurer.”  The court determined that the defective manhole cover and the cesspool it covered were a part of the building’s septic system, which are a part of the “operations necessary or incidental to the building “and not part of the parking lot.  Therefore, the exclusion did not apply to this claim.

The ruling in this case will be remitted to the Nassau County Supreme Court where the wrongful death action is pending in the case Zeqiri v. JKH Realty Group, LLC, Case number No. 18243/10.  Lancer will be obligated to defend and indemnify JKH Realty in that action.