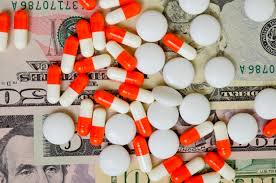 Invokana, made by Johnson & Johnson subsidiary Janssen Pharmaceuticals, is a “blockbuster” drug that has been prescribed to millions of Americans with type 2 diabetes in the two short years it’s been on the market. Johnson & Johnson promoted Invokana as a “much-needed” breakthrough in diabetes research.

Invokana was designed to help control blood sugar by forcing the kidneys to purge glucose from the bloodstream through urination, but when Janssen began promoting it off-label for weight loss, deadly side effects occurred, according to a letter from Public Citizen to the FDA (see page 6 of the letter).

Blockbuster Drug With Deadly Side Effects

The host of alarming side-effects Invokana has been linked to include:

“Blockbuster drugs” like Invokana are extremely popular drugs that generate annual sales of at least $1 billion for the company that creates it. Examples of blockbuster drugs include Vioxx, Lipitor and Zoloft. Janssen heavily promoted Invokana for both the on-label and off-label use.

Janssen has opened itself up to failure-to-warn suits because the Invokana label does not warn of dangerous side effects, including: heart attack, stroke, kidney failure, and diabetic ketoacidosis.

While most personal injury attorneys are not currently pursuing bone fracture side effects Invokana cases because cases with hospitalization and prolonged injuries are generally preferred. Generally, Invokana clients must have taken an SGLT2-inhibitor, such as Invokana, Jardiance, or Farxiga (or one of the combination products Invokamet, Glyxambi or Xigduo). Additionally, the most commonly pursued injuries include:

Rosalba Joudry, a resident of Ontario, Canada, filed an Invokana class action on September 10, 2015—the first Invokana lawsuit ever filed. Joudry and her lawyers filed her case with the Ontario Superior Court. The lawsuit contains accusations that the manufacturer:

Joudry requested more than $1 billion in damages from Janssen, Inc. for herself and for other claimants who may later join the suit.

Due to its widely-prescribed status, the number of lawsuits that could arise due to Invokana’s side effects may reach staggering numbers. Similar plaintiffs may elect to consolidate their cases with group litigation methods such as Joudry’s class action or multi-district litigation (MDL), which expedites the legal process. Because of differences between U.S. and Canadian law,individual lawsuits consolidated in multi-district litigation will likely offer more compensation and flexibility for similarly situated Invokana plaintiffs.

To compare the potential compensation that could arise from Invokana MDL, consider Takeda Pharmaceuticals, the manufacturer of the diabetes drug Actos. Takeda recently agreed to pay $2.37 billion in settlements to plaintiffs alleging the drug causes bladder cancer (much like the kidney failure caused by Invokana). This settlement agreement was drawn up to resolve an estimated 9,000 individual lawsuits that demanded compensation for significant damages to health, quality of life, and financial well-being. Mass torts attorneys should contemplate the benefits of marketing geared toward those injured by Invokana.