$20.5M Verdict Upheld Against Jack in the Box for Not Preventing Brawl 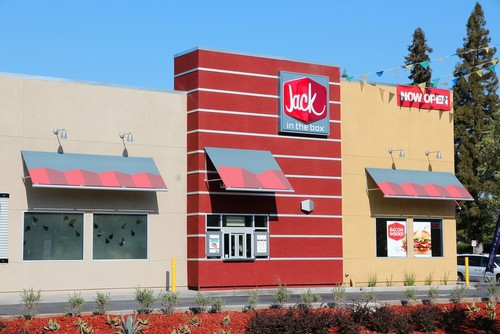 A Missouri Court of Appeals upheld a $20.5 million jury verdict awarded to a St. Louis man who was in a two-year coma after suffering permanent brain damage from an attack that occurred in a Jack in the Box restaurant parking lot.

Ali Aziz, by and through his mother, brought a claim against Jack in the Box for premises liability resulting from an attack by five partygoers who were loitering in the parking lot of a 24-hour Jack in the Box in the early morning hours one weekend. The attackers pleaded guilty to assault and were sent to prison.

The group of attackers called the “Lane group” arrived to the parking lot sometime before 5:00 am in a car driven by Johnnie Lane. The group played loud music while dancing and roaming the parking lot and drive through lane of the Jack in the Box.  Their disruption, including dancing and jumping on the hoods of other drive-through customers, lasted from 30 minutes to an hour causing customers to honk and pull away from the restaurant.

Aziz arrived to the parking lot was engaged by several members of the Lane group.  A fight broke out, and Aziz was knocked to the ground, beaten and kicked in the head repeatedly by the group for 90 seconds. The Lane group then robbed him and left him lying unconscious, bleeding on the ground.

At 5:18 am, a customer in the drive-through lane called the police, who arrived at 5:27 am. The Jack in the Box manager did not call the police until 5:26 am -- and then only after an employee asked him twice to call.

Aziz was unable to breathe on his own and suffered a skull fracture, jaw fracture, and brain damage.  He spent two months in the intensive care unit of the hospital, and remained in a coma for approximately two years.  He now suffers from permanent brain damage and is unable to sit, stand, or walk and requires constant care.

During the two-week trial, a certified life care planner, relying on the medical opinions and care billed by Aziz’s treating physician Dr. Witt Jamry, prepared a plan for all future care of Aziz, and concluded total lifetime costs would be $19,298,000.  Treating physician Dr. Jamry submitted testimony via a videotape deposition, and agreed with the numbers provided by the certified life care planner.

Jack in the Box attempted to impeach Dr. Jamry by introducing his federal court heath care fraud conviction, which the trial court denied.

The jury awarded Aziz $25 million, but reduced it to $20.5 million, finding Aziz 18 percent at fault. Jack in the Box filed a motion for judgement notwithstanding the verdict or for a new trial, which the trial court denied. On appeal, the Missouri appeals court upheld the trial court’s decision, affirming the $20.5 million verdict.

On appeal, Jack in the Box claimed that the trial court erred because it did not owe Aziz a duty to protect him against third parties and because Aziz was not an invitee of the restaurant.

The court disagreed, writing that state law recognized that a duty for business owners is triggered when it knows a third party to be violent or behave in a dangerous way on the business premises.

Because the restaurant was aware that its 24-hour openings made it a greater target for crime, even referencing Jack in the Box’s policies that recognized the threat of crime that could arise due to ate night disruptive loitering.

Jack in the Box policy required that action be “taken immediately” when disruptive activity was present on its premises because it leads to “fighting, injury, or other danger to people on the premises.”  The court further discussed that the restaurant even had a “duress button” and “red phone” they did not use, which would have contacted their outside security service.

The court found that Jack in the Box did have a duty to protect Aziz against third parties on their property and further found that Aziz was an invitee deserving protection of the Jack in the Box restaurant because at the time of attack, he was on the property as a potential customer.

The court also denied Jack in the Box’s claim it should be granted a new trial because the court erred in refusing to allow the impeachment of Dr. Jamry based on his fraud conviction.  The court ruled his testimony did not materially affect the merits of the case.

Further, Jack in the Box did not offer any evidence to rebut the material facts in Dr. Jamry’s testimony, “did not call its own medical expert or life care planner at trial, and did not have Aziz examined by its own physician.  The court upheld the lower court’s ruling and jury award of $20.5 million.

The case is Aziz v. Jack in the Box, Inc., Case number 1122-CC0629 in the Missouri Court of Appeals Eastern District.