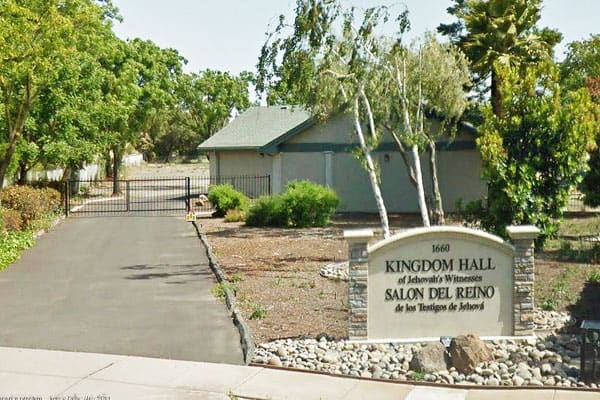 The California appeals court upheld the $2.8 million recovery of a former Jehovah's Witness'  because the congregation and Watchtower, the governing body, breached their duty to supervise and protect a nine-year-old girl during field service.

The appeals court considered whether a religious organization owed a duty to a former member who was sexually assaulted by another member.

The defendants, Watchtower Bible and Tract Society of New York, Inc and the North Fremont Congregation of Jehovah's Witnesses appealed the trial court judgment that assigned:

Kendrick, a former ministerial servant, molested the plaintiff Conti until she was 10 or 11, several times a month. The child reported her abuse to her parents in 2003 and the elders in 2009.

At the time the abuse began in 1994, Conti was nine years old. She was molested by Jonathan Kendrick, another member of the Congregation.

Conti filed suit against the Congregation and Watchtower for damages for the sexual abuse and failure to warn the general members and her parents about Kendrick’s conduct.

Watchtower governs the church policies. The elders or spiritual leaders report to Watchtower as agents to ensure the church's activities, such as door-to-door field service complies with policies and procedures. The church members are comprised of elders, ministerial servants and rank-and-file members.

Elders knew about prior abuse

The elders were aware Kendrick had molested his stepdaughter in 1993—he was demoted because of this.

The elders informed Watchtower of Kendrick’s actions against his stepdaughter but were strongly advised to keep the information confidential. Watchtower implemented a confidentiality policy for ministerial communications, similar to policies used by other religions.

The plaintiff testified there were times her father was present and Kendrick engaged in inappropriate behavior. Additionally, there were times Kendrick took advantage of Conti when field service groups separated.

Conti’s suit alleged negligence on the part of the Congregation and Watchtower, as well as damages for sexual abuse. Pursuant to a covenant not to execute any judgment against Kendrick, he agreed not to participate in the case.

The court rules that the defendants had a legal duty to exercise due care to prevent Conti from being abused during field service under the special relationship doctrine.

Generally there is no duty to come to the aid of another, nor is there a duty to control the actions or warn those endangered by the actions. An exception exists if there is a special relationship between the victim and the wrongdoer.

In Conti’s case, the field service was a church-sponsored activity. The defendants could have banned the person from field service or prevented the child and the known molester from being paired together.

Conti testified how Kendrick were generally paired together and how he would separate from the field service groups, take her to the laundry mat or his home, molest her, and return her to the Kingdom Hall or service group.

There was no evidence Watchtower did anything to prevent a known child molester from performing fieldwork with a child alone despite their policy to prevent such action.

A Congregation member also testified she witnessed Conti and Kendrick together on several occasions and saw the plaintiff sitting on Kendrick’s lap during service.

The court believed it was not heavy burden for the church to take reasonable steps to supervise and protect a child from a known molester while in the field. Additionally, the court concludes it is foreseeable that a child molester will molest other children.

In addressing the defendants duty to warn, the court concluded due to public policy concern on confidential communications to clergy and their duty to protect the disclosure did not impose a duty for elders to stray from Watchtower’s policy, nor warn the members or her parents.

Communications with a clergy member are generally protected and the obligation to report abuse does not arise when communications are made while in the capacity of the clergy’s duty with the church.