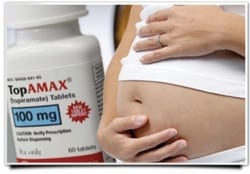 The Antiepileptic Drug Pregnancy Registry reports a 3.8 percent prevalence of oral birth defects in children exposed to Topamax in utero during the first trimester. Two of the particular risks listed by this registry are cleft lip and/or cleft palate in newborns.

A Pennsylvania jury awarded a $3 million verdict last week to the family of a 5-year-old child born with bilateral cleft palate and lip as a result of the mother taking Topamax migraine medication during pregnancy. Parents Kelly and Brian Anderson brought the case against drug manufacturer Janssen Pharmaceuticals, a subsidiary of Johnson & Johnson, in trial in the Court of Common Pleas in Philadelphia County.

The jury ruled that Janssen Pharmaceuticals failed to include the appropriate warning labels about Topamax's risk to cause birth injuries like cleft palate on the drug's label. The U.S. Food & Drug Administration required the pharmaceutical company to update Topamax's label in 2011, three years after the child's birth.

"The result sends a clear message to the manufacturers of Topamax that failing to disclose the dangers associated with their medication is inexcusable," said attorney Andy Williams of the law firm Simmons Browder Gianaris Angelides & Barnerd LLC, a national complex litigation firm. "On behalf of the Anderson family and their child, we are proud to have held Janssen Pharmaceuticals responsible for its decision to sell Topamax without adequately warning families of the serious risks present during pregnancy."

Topamax is prescribed to help prevent certain types of seizurers and to prevent migraine headaches in adults. The Antiepileptic Drug Pregnancy Registry reports a 3.8 percent prevalence of oral birth defects in children exposed to Topamax in utero during the first trimester.   Two of the particular risks listed by this registry are cleft lip and/or cleft palate in newborns, which is known to develop in the first trimester of pregnancy before many women even know that they are pregnant.

Anderson took Topamax to treat migraine headaches in 2007 while pregnant. She was unaware of the dangerous effects it could have on her unborn child. In August 2008, Anderson's child was born with bilateral cleft palate and lip. The child has required 14 procedures, including four surgeries, to treat the condition.

"The outcome is not about the money," the family said in a prepared statement. "It's about a jury giving us justice for us and our child. We hope this will help make sure no other children have to live with the injuries our daughter has endured."

Janssen previously agreed to pay more than $80 million to settle an investigation by the U.S. Department of Justice (DOJ) over the drug's marketing. The DOJ responded to reports that Janssen improperly marketed Topamax for psychiatric use, which was never approved by the FDA, according to drugrecallattorneysblog.com.

The federal government got involved when physicians started billing Medicare and Medicaid for Topamax prescriptions to treat psychiatric disorders such as binge eating, bipolar, and bulimia disorders.

This is the third Topamax case to go to trial, all of which have ruled against Janssen. The highest award was in November 2013, when another Philadelphia jury awarded $11 million to the family of a boy born with a cleft lip. Attorneys argued that Janssen knew about the risks of birth defects with the drug use and intentionally hid or minimized them.

More than 130 Topamax lawsuits are pending against Janssen.