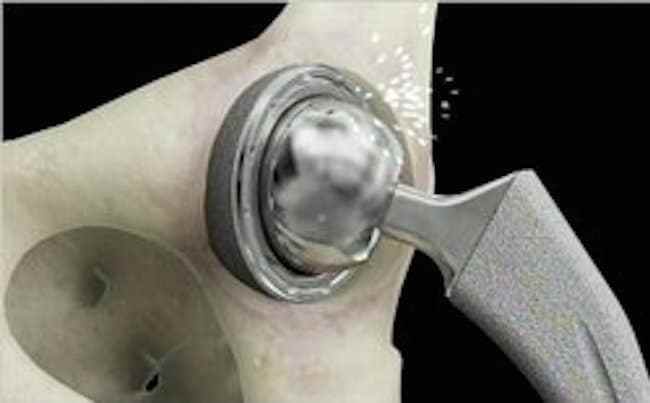 A federal jury in Dallas, TX, awarded six plaintiffs who were harmed by the DePuy Orthopaedics Inc. Pinnacle hip a total of $247.49 million in damages.

It was the latest bellwether trial, or test case, in In Re: DePuy Orthopaedics, Inc., Pinnacle Hip Implant Products Liability Litigation, MDL 2244. There are 9,226 cases before US District Judge James Edgar Kinkeade in the Northern District of Texas.

The plaintiffs, all from New York, are Ramon Alicea, Uriel Barzel, Karen Kirschner, Hazel Miura, Michael A. Stevens and Eugene Stevens Jr. The jury awarded each plaintiff between $9.3 million and $20.63 million in past and future medical expenses and pain and suffering. It then added $28 million in punitive damages for each plaintiff against defendants DePuy and parent company Johnson & Johnson.

The plaintiffs were each implanted with a Pinnacle Ultamet metal-on-metal design hip prosthesis. Each proved that the hip failed prematurely and shed metal that caused pain, inflammation, and damage to soft tissue and bone tissue and required surgical replacement.

It also held Johnson & Johnson liable for negligent undertaking as to each plaintiff, aiding and abetting tortious conduct by DePuy and giving substantial assistance or encouragement to DePuy for negligent manufacture.

DePuy stopped selling the Pinnacle hip replacement in 2013. It had been approved through the FDA’s short-cut 510(k) approval process. The 510(k) process allows manufacturers to get FDA approval to sell a medical product if it is “substantially equivalent” to a product that the FDA has already approved.

Due to increasing safety concerns, the FDA announced that it would require all metal on metal hip replacements to undergo extensive testing and studies to prove that it was safe for patients. DePuy cited the FDA’s decision as one of the reasons it is stopping sales.

The plaintiff's counsel is Mark W. Lanier of the Lanier Law Firm in Houston. The Nov. 16 verdict was the third in favor of the plaintiffs: