VA Courts May Not Instruct Juries That Punitive Damages Are Disfavored 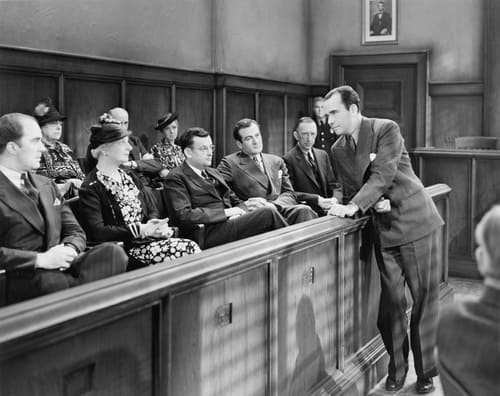 The Virginia Supreme Court has ruled that jury instructions may not include language taken from appellate opinions that punitive damages are disfavored.

The court found the trial court erred in allowing jury instructions that stated “punitive damages are generally not favored and should be awarded only in cases involving egregious conduct,” because the instruction did not properly state the elements required by law and improperly incorporated appellate opinion language.

Drunk driver Joe Lee rear-ended Julia Cain and her daughters Raven and Reannah in May 2008. At the time of the accident, Lee failed a field sobriety test and had a blood alcohol content of .24.

Lee submitted to a preliminary breath test, but refused a subsequent breath test when he was brought before a magistrate. The Cains filed personal injury complaints in June of 2010 and February of 2011.

Under Virginia law, if a defendant unreasonably refuses to submit to a breath test, punitive damages may be awarded if:

The supreme court found that the trial court erred in providing the jury with the instructions because it was prejudicial, improperly stated the law, and required the “Cains to prove that Lee’s conduct was egregious, an additional element not included in the statute.”

In its opinion, the court noted that during his closing argument, Lee repeatedly emphasized that punitive damages should not be awarded because his conduct was not egregious.

Court admonishes use of its opinions in jury instructions

The court intently discussed its “repeated admonishment about the danger of the indiscriminate use of language from appellate opinions in a jury instruction.” The court urged that “argumentative language” about legal matters does not assist the jury or explain applicable law, but rather “serves only to confuse or mislead the jury.”

The court also found that including the jury instructions was not harmless because the jury likely “factored the egregiousness of Lee’s conduct into its determination of punitive damages.”

The court reversed and remanded the decision back to the lower court.  The court disagreed however with the Cain’s clam that the lower court erred in refusing to allow them to present Lee’s subsequent DUI.  The court ruled that because the second DUI charge is “ostensibly highly prejudicial” it is “likely to “inflame the passion or instill a prejudice in the minds of the jury.”

The case is Cain v. Lee, case number 141105 in the Stafford County Circuit Court of Virginia.