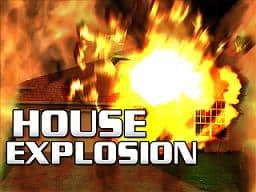 Michael R. Blanchard of Destin, FL, was killed by injuries he received in an explosion at his home caused by a negligently installed natural gas line.

An Okaloosa County, Florida, jury returned a $14.8 million verdict for a father's death and a mother's injuries that were caused by a natural gas explosion in their home.

The verdict was returned on March 25, 2014, more than four years after an explosion occurred on the morning of November 19, 2009, at the home of Michael R. Blanchard and Faye Boroughs.  The couple was renting the residence at 217 Calhoun Avenue in Destin, Florida, when a natural gas explosion ignited in the home's laundry room.  The explosion burned Blanchard over more than 98 percent of his body.  He died from his injuries three weeks after the explosion.

Boroughs suffered burn injuries to nearly 33 percent of her body, and remains permanently disfigured.  Blanchard's and  Borough's 3-year-old son was also in the home at the time of the explosion and has suffered psychological injuries.

At trial, Plaintiffs' attorneys Skip Finkbohner, and his partner Robert L. Mitchell of Cunningham Bounds in Mobile, AL, proved that Panhandle Plumbing, Inc. and Andrews Cooling & Heating, Inc. were responsible for the explosion. Evidence showed that the defendant companies violated gas safety codes and failed to adequately train their technicians.

The evidence produced at trial specifically showed that the explosion resulted after Panhandle Plumbing added a gas line that was not properly labelled and that lacked a safety shut-off valve in the laundry room.  After this non-permitted installation of the line, a new gas dryer was purchased from and installed by Andrews Cooling & Heating, Inc., which failed to install the dryer according to safety code provisions and the manufacturer's installation instructions.

When the original homeowners moved out of the house, their gas dryer was removed and replaced by the plaintiffs' electric dryer.  On the morning of the explosion, Ms. Boroughs turned on the furnace only to have natural gas escape through an uncapped gas outlet into the laundry room.  The accumulation of gas ignited minutes later with Mr. Blanchard and Ms. Boroughs within feet of the explosion's epicenter.

"This explosion was caused by the negligence of multiple parties who created a lethal hazard for a family in their home.  As a result, Michael suffered a horrible death, one of unimaginable pain from the burns all over his body.  It left Fay disfigured and scarred, both inside and out," said Finkbohner.  "Hopefully, the jury's verdict will send a message improving the way the defendants do business in the future.  It is unacceptable to cut corners at the expense of innocent people."

Finkbohner and Mitchell served as lead co-counsel, along with T. Shane Rowe and Warren R. Todd of Emmanuel, Sheppard & Condon.