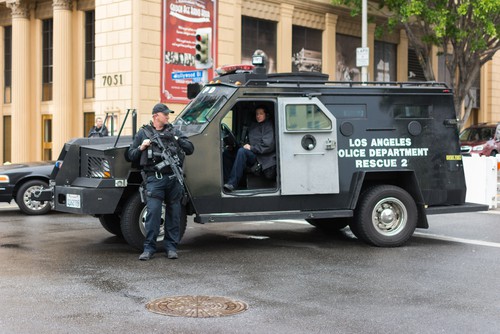 The City of Los Angeles and the Los Angeles Police Department (LAPD) have settled with an LAPD firearm instructor for $1.5 Million for failing to accommodate his injuries and retaliating against him based on his disability.

Shoemaker fractured his left knee while at training division and required surgery and six months of recovery.  After only two months of recovery, Shoemaker received a call from his Lieutenant demanding he return to work and threatened he would be transferred out of the Division if he did not.

Shoemaker objected the department re-assigned him as a secondary instructor.  However, his new assignment was just as physically demanding as a primary instructor and violated his work restrictions.  Shoemaker’s existing injuries were exacerbated, causing additional injuries.

Shoemaker complained about his situation and in response the Department harassed and retaliated against him.  He brought claims against the City and LAPD for failure to engage in the interactive process, failure to accommodate and discrimination, harassment, and retaliation claims based on his disability, in violation of the Fair Employment and Housing Act.