Law Firm Social Media is a Waste of Time, and Here's Why 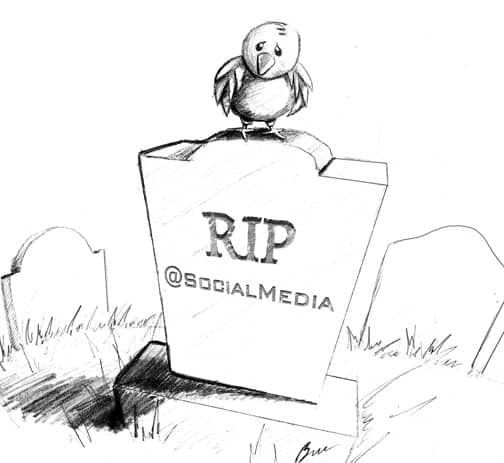 Attorneys were slow to catch the social media wave. But once it looked safe to go into the water—the firm next door was doing it—a majority followed.

But then something very disappointing happened. The “organic” social media produced by law firms—the stuff that was supposed to create conversation and conversion—appeared to be mostly seen and applauded by a handful of their own employees, lawyers, and a few real-life friends and relatives.

Don’t take my word on that, there is evidence.

According to the April 2017 Greentarget and Zeughauser Group survey, social media ranks at the bottom of “most valued content created by law firms.” That’s right, just 4 percent give a damn about your tweets and status updates.

Yet a whopping 91 percent of marketers, who were also surveyed, report they are “investing in social media”!

To be fair to the 91 percent, marketing budgets differ from firm to firm. According to the April survey, blogs were seen as a “credible source of legal, business and industry news and information” by 75 percent of in-house counsel compared to 65 percent in 2015. But it is likely that many marketers consider blog writing, editing, posting, and maintenance to fall in a firm’s social media bucket, and thus the 91 percent. I hope I am not being generous.

Still, the April survey authors suggest that firms’ “methods for client alerts and newsletters are part of well-established practices, whereas [emphasis added] social media sharing and amplification is more time-intensive and expensive.” If true, it certainly begs the question: What are attorneys getting in return for their time and expense?

Avinash Kaushik blogs at Occam’s Razor. If you’re unfamiliar with his blog or the scientific rule of Occam’s Razor, here’s the essence: The simplest of competing theories are preferred to the more complex.

I assure you that he’s one of the good guys and someone attorneys should be listening to, on a variety of levels and topics.

More recently, Avinash challenged marketers to stop wasting enterprise resources on “organic social media”—defined as the kind where you post meaningful things about your firm/company to build brand loyalty. (And “hope” for increased sales to justify your efforts.)

He writes, “You can imagine how gosh darn excited I was at the advent of Facebook and Twitter (first real social networks). There were a billion people there, spending a meaningful amount of time on these wonderful platforms. Excitedly, brands could have a presence (a “page”) where they could give meaningful updates (info-snacks) to be a part of the organic conversations people were already having by the tens of millions. Daily meaningful brand connections would be converted into brand familiarity, shifts in brand perception, feeding brand loyalty. #orgasmic”

And goes on to say that: “None of the above transpired….”

Hypothetically speaking, let’s say your Facebook page has 6,000 warm bodies who “like” you. (Probably a stretch for most law firms, but I’m going for a round number.)

With this simple analysis—the potential to engage 50 weeks +7 days +3 people per post—you can decide what part of your marketing budget you should allocate to your enterprise social media. The answer is zero.

Wait, you say that’s not fair? Alright, let’s add up the applause, conversation, and amplification rates on your Twitter and Instagram, and, being generous, your firm-branded blogs. Let’s compute the monthly, quarterly, and yearly totals. There, is that any better?

To be clear, marketing and enterprise brand building differs from business development (sales)— but, you need both. Arguably, a personal Facebook, LinkedIn, or Twitter presence in deft hands can be an effective tool for “networking” for business, but, it’s obvious to me that organic social media for the enterprise isn’t moving the needle—I’ve looked. (Please correct me if your firm is an outlier.)

Are your social media platforms useless? No, says Avinash. From an advertising perspective, the couple billion people on Facebook and hundreds of millions on other social channels are an audience that might be of value to your law firm. Should you kill your organic social strategy and switch to a paid social media strategy? Yes.

“Your [social advertising] strategy can drive short and medium-term brand and performance outcomes,” says Avanish, “You can set aside the useless metrics like impressions and 3-second video views. Set aside hard to judge and equally useless Like and Follow counts. Measure the hard stuff that you can show a direct line to company profit. Define a purpose for the money you are spending.”

I completely agree. In tests I’ve run on organic posts versus promoted paid posts, paid always outperforms. Sure, the click ratio on a paid post can be dismal—particularly if you’re not using best practices—but at least you are reaching a new audience. Even one inquiry from a potential client is a better result than a mom or brother liking your Super Lawyers post.

Enterprise social media aside—yes, you should be advertising—from a pure content marketing perspective, clients appreciate meaningful content in all its shapes and forms—words and images. But, according to the April survey we’re not doing an exceptional job at that either.

Including social media, e-newsletters, blogs, and the like, the survey found that only 52 percent of in-house counsel ranked law firm content “very good-to-excellent,” an improvement from 43 percent in 2015. Ranking in the range of “satisfactory or better but not quite very good,” dropped to 42 percent in 2017 from 49 percent in 2015, suggesting that law firms are getting “better” at content. The survey’s authors purport that it is indeed possible that the (improved) results show that firms with “more defined content strategies” are “separating themselves from the pack while others languish.”

After all these years of producing content, and 48 percent of firms are falling below "very good," means only one thing to me—nearly half of law firm content is either inadequate, incorrectly distributed, repetitive (you were scooped by other firms that acted quickly), or what you’re producing is just plain crap—excuse me, I mean legalese that has no clear business value. That’s a low bar.

The survey, Avinash and I suggest that you need a purpose, a strategy, and a plan. When you get that plan, then, you need great writing. Writing a brief is very different than writing something the public, even in-house counsel, wants to read. I know “we’re” getting better according to this survey, but not quite very good is not where you want your law firm to be.

Jayne Navarre + Associates has more than 20 years’ experience working exclusively with law firms on strategy for content and communications. The company is forward thinking, entrepreneurial, and works with some of the best law firms, both in the U.S. and internationally. Contact 786-208-9108, jln@lawgravity.com, or https://jaynenavarre.com.