The Fight Continues in New York for Legal Personhood for Animals 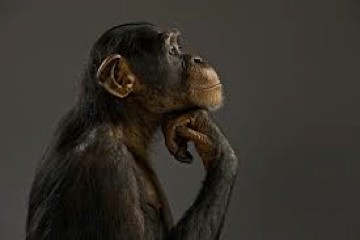 Tthe NhRP wants to send Hercules and Leo to Save the Chimps in Ft. Pierce, Florida

Soon after the ruling, Stony Brook University, where the chimpanzees are being held captive, indicated that it will no longer exploit Hercules and Leo in experimentation.

Applauding Stony Brook University’s decision, the NhRP has expressed its willingness to assist Stony Brook in sending Hercules and Leo to Save the Chimps in Ft. Pierce, Florida, or to another appropriate sanctuary of the North American Primate Sanctuary Alliance.

The NhRP previously aided in the transfer of Tommy and Kiko, two additional chimpanzees the NhRP filed lawsuits on behalf of to protect from confinement and experimentation.

Justice Jaffe said that “for now” she is bound to follow precedent, but that legal person-hood for animals will likely happen in the future. Jaffe's hands were tied by the previous determination of a New York state appellate court in the case of another chimpanzee, Tommy, whose case is now before the New York Court of Appeals pending the NhRP’s request for further review.

Justice Jaffe, who agreed the NhRP had standing to bring the case on behalf of the chimpanzees, said in her opinion:

“Legal personhood is not necessarily synonymous with being human. Rather, the parameters of legal personhood have been and will continue to be discussed and debated by legal theorists, commentators, and courts and will not be docused on semantics or biology, even philosophy, but on the proper allocation of rights under the law, asking, in effect, who counts under our law. Efforts to extend legal rights to chimpanzees are thus understandable; some day they may even succeed. For now, however, given the precedent to which I am bound it is hereby ordered that the petition for a writ of habeas corpus is denied.”

The NhRP plans to promptly appeal Justice Jaffe’s “thoughtful and comprehensive decision” to the New York Supreme Court, Appellate Division, First Judicial Department, which unlike Justice Jaffe is not bound by the decision of the Third Department.

But just what is the current state of “personhood” law for animals, and what paths will the legal system have to take to arrive at this conclusion?

Animal law as it currently exists considers animals to be property without basic fundamental legal rights. The NhRP is the only civil rights organization in the United States working to achieve actual legal rights for members of species other than our own, with the mission of changing nonhuman animals’ legal status from mere “things” to “persons” who possess such fundamental rights as bodily integrity and bodily liberty.

One direction animal legal rights could potentially move involves the concept of classifying animals as “living property.” This would create a fourth category of property, living property, and once separated would allow a new area of jurisprudence, as well as legal rights for some animals. Many state statutes allude to this belief that animals deserve basic legal rights, such as state anti-cruelty laws already in existence.

One Small Step for a Judge, One Giant Leap for Nonhuman Rights

The questions remains regarding how this new realm of jurisprudence would rise into existence, and the answer is likely found in the state and local legislature. With courts bound by precedent, effecting actual change for animal rights will probably have to be driven by the aggressive push on the law-making body by constituents.

As Justice Jaffe quoted the recent gay marriage decision in her opinion, stating:

“If rights were defined by who exercised them in the past, then received practices could serve as their own continued justification and new groups could not invoke rights once denied.”

As Justice Kennedy observed in Lawrence v. Texas, “Times can blind us to certain truths and later generations can see that laws once, though necessary and proper, in fact serve only to oppress.”

"Legal history has, time and again, demonstrated legal instability, while each generation has learned anew what Martin Luther King. Jr. and Theodore Parker reminded us, over and again: 'The arc of the moral universe is long, but it bends toward justice.'"

The fight for basic legal animal rights has clearly only just begun.