Judicial Clerks Reveal 10 Ways to Lose Your Motion or Brief 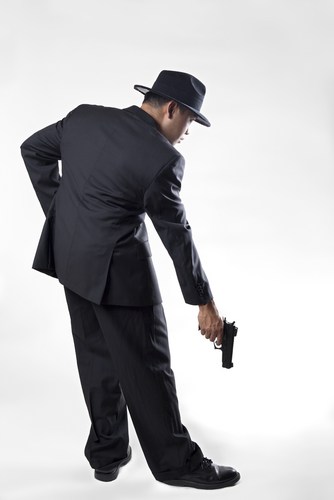 In litigation, you have to persuade judges that your client’s position is correct, but don’t forget about the gatekeepers. Your motions and briefs will probably be reviewed by a law clerk before it reaches the judge’s desk.

I have spoken with several federal law clerks, and they told me that they have reviewed many motions and briefs where it appeared that the attorneys didn’t care whether their clients prevailed. I didn’t realize that attorneys would prefer to lose—not win—their case. If your goal is to lose your motion or brief, this sarcastic article is for you.

If you want to lose, you don’t need to support your arguments with authority. Your judge has hired law clerks to research authority and to figure out whether it is relevant to the disputed issues. And your court has already paid for a subscription to LexisNexis or Westlaw. As an economics major, I highly value efficient research and understand why you wouldn’t want to duplicate the efforts of the clerks. After all, efficiency beats winning any day.

Argue What the Law Ought to Be, Not What It Is

Instead of citing authority, tell your judge what the law ought to be. Judges care much more about your beliefs than the plain language of a statute or the holding of a higher court. All judges and law clerks want to know whether you agree with the underlying policies of a statute — not whether the defendant violated the statute.

Trial judges especially prefer policy arguments. If you represent the state, argue that a ruling for the defendant will hinder police investigations; if you represent a defendant, state that a conviction would trample the defendant’s constitutional rights. To be sure that the judge knows that your arguments are merely opinions, hedge each argument with “I believe” or “I think” (and don’t cite a supporting case).

And you might throw in “I feel” a few times, because judges and law clerks are very emotional beings.

Cite Only Non-Binding and Unpublished Cases

If you do cite authority in your legal writing, you can save it from winning by making sure the only authority you cite is not binding on the court. One way to do this in federal court is to cite only unpublished opinions, which “are not binding precedent.” Or if you are in state court on a federal constitutional issue, only cite cases from courts within that state.

Your judge should expect his or her law clerks to do the work researching binding cases from the United States Supreme Court. Again, efficiency trumps winning.

Economists follow the principle of non-satiation, where more of a good is preferred to less of the good. The same is true for judges and law clerks. To ensure you lose, include more cases and lengthy discussions of each case. In fact, you should probably discuss each case that you have read during your research.

Judges and clerks are more impressed with the sheer number of cases that you discuss than the actual relevance of each case. They are also impressed when the facts and holdings of the cited cases are misstated. And after you include pages and pages of case discussions in your motion, make sure it doesn’t explain how the cases apply to your issues and facts.

When Applying the Law to Your Facts, Don’t Provide Context

Judges have only a few cases each month, allowing them to spend hours and hours scrutinizing your motion. Indeed, they often have the luxury of reading parties’ motions while lounging on the beach. As a result, you can assume that your judge has carefully read—and memorized—your statement of facts. Thus, in your argument section, you should identify the parties by name (not by defendant, plaintiff, or their legal significance) and assume that the judge recalls who did what when and to whom. Here is a good example:

Dansby presented a threat to Virginia (also called Ginny). Dansby found out where Virginia lived by accessing the computer of Vicki. The police officer stopped and searched the vehicle and found a weapon. The weapon is admissible because the search was lawful. The stop was necessary to prevent harm to Ginny.

The above example is an effective way to lose because it does not even indicate who is the defendant, whose vehicle was stopped, or why Dansby was a threat.

Section headings and a corresponding table of contents orient the reader and outlines the arguments that will be addressed in a motion or brief. Similarly, topic sentences orient the reader and state the point of a paragraph. So if you want to lose, it is better to let judges and their clerks get lost; they don’t want to see your arguments in context or understand the point of your paragraphs. They read dispositive motions like novels, hoping to be surprised by each paragraph and each page. For example, judges and clerks expect the point of a paragraph to be stated at the end, like this one by counsel for a defendant:

The government relies on Segura v. United States, 468 U.S. 796 (1984). In Segura, the first search of defendant’s apartment was illegal, but the second search of the apartment was legal and based on a valid warrant. The second search and warrant was not based on evidence seized during the first search. See id. at 800-01. Here, the evidence seized by the officers was a direct result of their initial illegal entry into defendant’s home. There was no second search. Thus, Segura is factually distinguishable.

When Including Section Headings, Make Them Ambiguous

Say you disregard my prior advice on how to confuse judges and insist on including section headings. When you draft headings, make them broad and non-descriptive, such as “Defendant’s Due Process Rights” or “Constitutional Violation.” And ignore Professor Sarah Ricks’s advice in Effective Brief Writing Despite High Volume Practice where she directs attorneys to write headings that affirmatively state the conclusion you want the court to reach. Thus, don’t write a heading similar to the one below—it might provide too much clarity to the reader.

Defendant Smith’s Due Process Rights Were Violated When She Was Fired as a Teacher Without Notice or a Hearing.

Raise Only One Argument Supporting Your Position

Even if you have three valid grounds for appealing the trial court’s decision, you should raise only one. This will increase your chance of losing. First, if you raise three issues, you will have to conduct research and draft arguments for all three issues. That would take time away from your more important tasks, such as scrolling through Facebook newsfeeds. Second, only risk-adverse attorneys raise alternative arguments. Because you love taking risks, you should base your entire case on just one argument—especially when losing means that your client will go to jail.

Argue Issues That Are Undisputed or Don’t Legally Matter

After you decide what one issue your motion or brief will address, spend multiple pages discussing inconsequential issues. Instead of discussing the merits of your one issue, you should point out opposing counsel’s typographical, grammatical, and citation errors. For good measure, you should also inform the court of opposing counsel’s prior “misconduct,” including any technical (but harmless) violations of the discovery rules. Additionally, even if your opponent concedes a legal point, spend at least one page on why your judge should agree with that concession.

If you ignore the relevant standard in your motion, then you would be free to raise irrelevant arguments. For instance, in your Rule 12(b)(6) motion to dismiss, you should not concede that well-pleaded facts are assumed true. Instead, you should challenge the factual allegations or contend that the evidence does not support plaintiff’s claims. Because most federal clerks are recent graduates, you might convince them to weigh the evidence and recommend a favorable decision. Or in your motion for summary judgment, disregard the rule that there must be no genuine issues of material fact. If you do, then you can rely on disputed facts that support your client.

Ignoring the standard of review on appeal is also an effective strategy—for losing. For example, appellate courts generally affirm factual findings, unless the lower court abused its discretion. Such a high level of deference would greatly hinder your ability to prevail when appealing a trial judge’s factual findings. Rather than proving that the lower court abused its discretion, pretend that the standard of review doesn’t exist, just like you would for a monetary debt that you could not pay.

Eric Voigt teaches legal research and writing at Faulkner University. As the owner of R+W Legal Consultants, he develops and presents interactive CLE courses on becoming rock star researchers and writers. Eric streams his popular CLEs online and blogs on persuading judges through the written word.  This article was originally published on The Lawyerist, and is reproduced with permission.