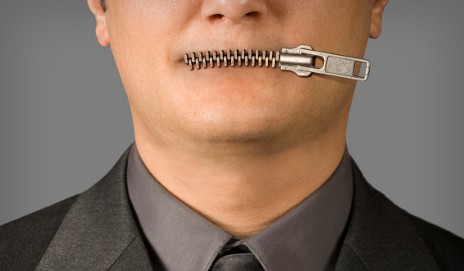 A New York court ruled that a legal malpractice suit may proceed against an an attorney who violated a non-disparagement agreement when he gave a news interview for the Wall Street Journal.

The plaintiff, Michael Barr alleged he would not have lost his case if the attorney had kept quiet about the case. Barr retained Liddle & Robinson LLP to assist with an arbitration hearing to pursue the managers severance settlement.

The founding partner of Liddle & Robinson LLP, Jeffrey Liddle gave an interview with the national publication that constituted a breach of Barr’s non-disparagement agreement.

Liddle attempted to overturn the lowers courts denial of the motion to dismiss.

Robertson Stephens, a subsidiary of Fleet Boston, was an investment company specializing in the software industry and employed Barr. Barr was laid off after the dot-com collapse. His severance contract stated if he made any “public statements that is adverse, inimical or otherwise materially detrimental to the interests” of the companies, his severance would be revoked.

The clause was to terminate one month before Liddle made the interview. According to the New York Law Journal, Liddle stated in the interview “ Fleet Boston’s actions during the sale process drove down the value of the employees’ stake in Robertson and damages their reputations.”

Barr was set to receive $1.3 million in deferred compensation but after an  arbitration panel ruled in the employer's favor, Barr received nothing. Barr brought suit against Liddle because of this.

Liddle argued he proceeded with the interview, as a part of his firm's litigation technique but admitted Barr was not informed of the interview. Ruling on the appeal, the judges stated that the allegations presented state a cause of action for legal malpractice.

The court also held that the defendants failed to rebuts plaintiffs claim that the interview cost him the compensation package. The court denied the defendants motion and allowed the case to move forward.