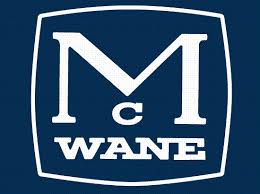 A Los Angeles jury has returned a $16.6 million verdict in favor of a company manager who was wrongfully terminated and discriminated against because of his race.

Plaintiff Rickey Moland, a 53-year-old African-American man, began working as a Production Supervisor in June 2010 at McWane, Inc., a manufacturer of water valves and hydrants. According to Moland’s complaint, he struggled to be treated with respect by his subordinates and superiors at the company, despite consistently excellent work performance. Despite this, he chose to continue to work hard, hoping that he would earn his colleagues’ respect.

Throughout his tenure as the first and only African-American manager in the McWane, Inc.’s facility in Corona, CA, Moland was repeatedly referred to by other employees in racially derogatory terms. Managers and Human Resources became aware of this conduct, yet did nothing to stop it.

Moland later learned from multiple sources that he was regularly referred to by “the N-word” behind his back by several employees, including supervisors and high-ranking management.

Two other employees filed complaints of racism, which sparked an internal investigation. At the conclusion of the investigation, the company chose to fire Moland in April 2012 on the grounds that he was not “getting along” with fellow employees.

In court, attorney Shegerian proved to the jury that such behavior had taken place and that McWane, Inc. had clearly violated discrimination and wrongful termination laws, resulting in a favorable verdict for Moland.

“Rickey Moland is a hard-working, ethical professional who was victimized by egregious, repeated racial discrimination and an employer that chose to look the other way, and wrongfully terminate our client," said Shegerian. "He performed his position at an exemplary level prior to his termination. We hope that McWane and other employers have learned from this experience that it is against the law to discriminate against and harass employees due to the color of their skin.”