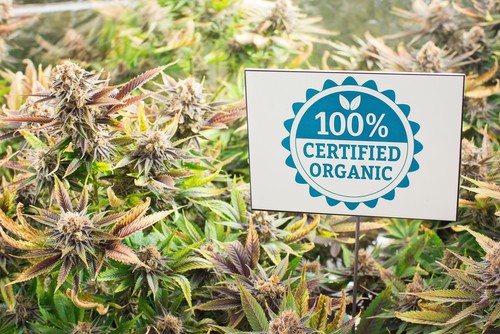 “Mother plants” that are not cultivated to produce harvestable marijuana, but instead provide the supply through genetically identical clones of each strand of marijuana, are not covered under the policy.

A week before the policy commenced, a wildfire started near Colorado Springs in the Waldo Canyon and eventually spread to the city.  The wildfire smoke and ash seeped into the Green Earth’s ventilation system, destroying its marijuana plants.  Green Earth submitted a claim to Atain for the damage to the plants.  After a months-long investigation, Atain denied the claim finding that the damage had occurred prior to the policy effective date and that Green earth misrepresented the state of the loss and failed to mitigate the damages.

The following year, burglars broke into the facility through its roof and ventilation system, stealing marijuana plants.  Green Earth filed a claim for the damage to the roof and ventilation system caused by the burglary, but not for the loss of the marijuana plants.  Atain denied the claim because its adjustor determined the cost of the damage was less than the policy deductible.

Atain argued that it was not required to cover Green Earth’s loss of harvested marijuana plants caused by the wildfire smoke damage because its policy contains an exclusion of coverage for contraband or property used in the course of illegal transportation or trade.  Atain further argued that federal public policy required the denial of coverage of marijuana plants for sale.

The court defined the term contraband using the common ordinary meaning of forbidden possession.  The court pointed out the federal government’s ambivalence towards the enforcement of the controlled substance act in circumstances where the possession and distribution of marijuana are consistent with a well regulated state law.  The court rendered the contraband exclusions ambiguous because of the difference between federal and state law.

The court applied state law, finding the medical marijuana business legal and not contraband.  The court also looked to the policy quote and pre coverage documents, which clearly indicated the parties mutually intended to include coverage to the harvested plants and inventory.  Atain was well aware of Green Earth’s business, and at the time of extended coverage, knew that federal law prohibited the business.  The court refused to rule on the public policy issue asserted by Atain and ruled that its only function was to “apply Colorado law” and in doing so, found that the harvested marijuana for sale is covered by the insurance policy.

Green Earth brought a lawsuit against Atain for breach of insurance contract and for unreasonable delay in payment.  Atain filed a motion for summary judgement claiming that the benefit to the marijuana plants was barred by the "growing crops exclusion" in the policy and that the damage to the roof claim was barred by the policy’s theft exclusion. Atain also argued that its contraband exclusion in the policy coverage applies to marijuana.

Atain further filed motions for the court to determine if it is legal for an insurance policy to pay for the loss of marijuana in light of the Colorado Medical Marijuana Act, federal law, and federal public policy.  Green argued that coverage is warranted because its marijuana plants constitute stock under the policy terms and were not excluded by the growing crop or contraband exclusions.

For the wildfire damage claims, the court assessed the “mother plants” used for various marijuana strain seeds and the plants that are harvested for sale, separately.  Green argued coverage was warranted because the growing crops exclusion was ambiguous and marijuana plants grown indoors constitute stock under policy terms.

The court relied on Colorado State law and determined that stock is considered merchandise held for sale and raw materials used for the process of finished goods.  The court said that stock could cover growing plants, but the Atain policy specifically excludes growing crops.  As further support, the court looked to the original insurance quote issued to Green Earth that included a provision that coverage did not extend to growing or standing plants.

The court found Green Earth’s arguments “elaborate” and used the policy quote and temporary binder contract to resolve any ambiguity, finding that the phrase “growing crops” contained no inherent ambiguity, and that Atain’s quote and contracts unambiguously encompass mother plants and are not covered by the policy.

The court denied Atain’s motions for summary judgement on the breach of contract and delay in payment claims, finding that a dispute of fact existed as to when the policy coverage commenced and when the damages from the wildfire occurred.

The court further remanded the issue of the theft claims to trial because the policy provides coverage for building damage caused by a burglar breaking in or exiting the facility.  Green Earth provided surveillance footage of the burglar causing damage and a general contractor’s quote for repairs estimated at $8,000.  Atain only provided a quote from its own adjuster, who priced the repairs at $2400, just $100 shy of the $2500 deductible amount.

The case is The Green Earth Wellness Center, LLC v. Atain Specialty Insurance Company, Civil Action no. No. 13-cv-03452-MSK-NYW, in the U.S. District Court for the District of Colorado.