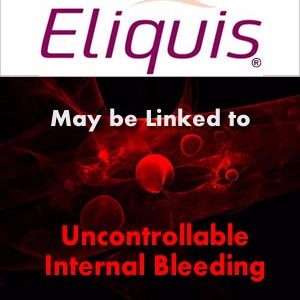 The estate administrators for a New York man filed a product liability suit against Briston-Myers Squibb Co. and Pfizer Inc., charging that their drug blood-thinning drug Eliquis caused the internal bleeding that killed him.

Raymond Warme of East Hampton, NY, was prescribed Eliquis in April 2014 for atrial fibrillation. Within two months he began having gastrointestinal bleeding which led to his death.

The case, Dawn Dunn et al. v. Briston-Myers Squibb Co., case No. 156043/2017, is filed in New York Supreme Court. The plaintiffs are his daughter Dawn Dunn and his significant other Orla Troy.

The New York lawsuit says, “These representations were made by defendants with the intent of defrauding and deceiving decedent, the public in general, and the medical and healthcare community including decedent’s prescribing doctor, and were made with the intent of inducing [them] to recommend, dispense and purchase Eliquis, all of which evinced a callous, reckless, willful, depraved indifference to health, safety, and welfare of the decedent herein.”

Bristol-Myers and Pfizer's wrongdoing started in 2010 with the Aristotle clinical study, calculated to get the drug approved by the FDA. During that study, the companies concealed side effects and didn’t report a death, subjects dropping out and dispensing errors, the complaint states.

Employees of the drugmakers also wrote an article published on Aug. 28, 2011, in the New England Journal of Medicine based on the study which the editor-in-chief found to be inaccurate and containing omissions, the suit says.

The FDA said on Feb. 9, 2012, that the companies showed “a pattern of inadequate supervision” and the agency pressed to get more information during the approval process, saying data was missing. The agency also said the label should mention the quality-control issues in the study, according to the suit.

On Dec. 28, 2012, the FDA approved Eliquis to reduce the risk of stroke, blood clots in patients with non-valvular atrial fibrillation.

“Defendants overstated the efficacy of Eliquis with respect to preventing stroke and systemic embolism, failed to adequately disclose to patients that there is no drug, agent, or means to reverse the anticoagulation effects of Eliquis and that such irreversibility would have life-threatening and fatal consequences,” the suit says.