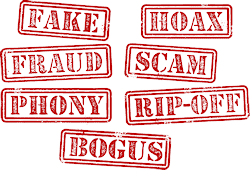 State legislators created a phony medical malpractice crisis to enact laws that only served to increase insurance company profits, according to a ruling by the Florida Supreme Court.

“Noneconomic damages” refer to pain and suffering, inconvenience, physical impairment, mental anguish and loss of capacity for enjoyment of life. The court said the damage caps unfairly singled out victims of medical negligence by capping their damage recoveries. “This inherently discriminatory action and resulting invidious discrimination do not pass constitution muster.”

Courts in Illinois, New Hampshire and at least seven other states have overturned caps on malpractice awards. The Florida case is Estate of McCall v. USA, SC11-1148 (March 13, 2014).

The Florida Court said the state legislature manufactured a medical malpractice crisis in 2003 which was “not fully supported by available data.” The effort was part of a nationwide movement of “tort reform” that swept legislatures, which arbitrarily reduced damage awards made by juries, regardless of the facts.

Proponents claimed that runaway juries returning excessive verdicts were causing doctors to leaving the state. In reality, the number of physicians were actually increasing in the state.

The truth is that the “crisis” was nothing more than an underwriting cycle, where insurance companies faced a severe drop in the investment income. The industry responded by sharply increasing premiums and kept the profits for itself, according to the court.

Further, the court said that there was no evidence of an increase in frivolous lawsuits or excessive jury verdicts in Florida. The existence of a medical malpractice crisis was “dubious and questionable the very best,” the court said.

The damage caps did “virtually nothing” to stabilize medical malpractice insurance rates, because the law had no requirement that insurers pass any savings onto physicians. “A number of state courts have expressed concern that…the savings resulting from reforms such as damages caps may simply increase insurance company profits,” the court ruled.

Quoting government statistics, the court said, “It is estimated that the Florida medical malpractice line of business standing alone generated a...return on surplus of 14% in 2012. … This represents the ninth consecutive year of profitability.”

“The profits would probably shock most concerned,” the court said. “Indeed between the years of 2003 and 2010, four insurance companies that offered medical malpractice insurance in Florida cumulatively reported an increase in their net income of more than 4300 percent.”

The case involved 20-year-old Michele McCall, who in 2005 was pregnant and sought medical services from an Air Force family practice clinic. At the end of her pregnancy, she developed high blood pressure and preeclampsia, a dangerous condition that requires labor to be induced right away. Instead, the family doctors delayed getting an obstetrician and debated whether she should have a cesarean section. The family doctors decided to allow her to deliver vaginally, and they failed to observe that she had lost a lot of blood.

Visiting family members expressed concerns about the amount of blood she had lost, but the doctors said she was stable. Meanwhile, her blood pressure began to drop rapidly and remained dangerously low for more than two hours. But the nurse anesthetist monitoring her vital signs did not notify the family doctors or the obstetrician.

The obstetrician requested an immediate blood transfusion, but the family doctors did nothing and instead tried to draw blood from Ms. McCall. At this point no one was monitoring the young mother, who had gone into shock and cardiac arrest from severe blood loss. She died four days after childbirth.

The family filed suit in federal court in Florida and recovered $980,462 for financial losses. The judge also awarded plus $2 million in non-economic damages, but cut it in half because of Florida’s statutory cap on noneconomic damages in medical malpractice claims involving a death.