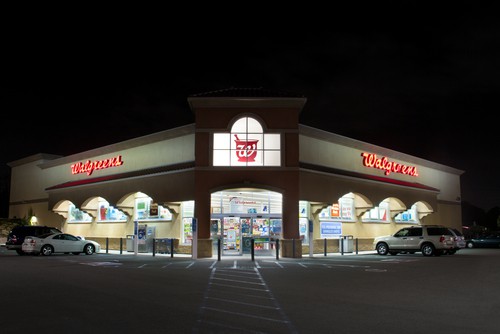 Walgreens claims they fired a pharmacist because he went over his schedule to help customers. The pharmacist was called a "hero" for taxpayers by complaining about Medicare fraud.

A $1.1 million dollar punitive damage award was reinstated against Walgreens for firing a pharmacist who reported the Medicare billing fraud practices occurring in 12 out of 30 stores investigated, according to court documents.

Pharmacist Sami Mitri worked for Walgreens for more than 10 years.  After making several complaints regarding the Medicare fraud to Walgreens managers, the  Department of Health and Human Services and the California Department of Healthcare, Mitri was fired on January 8, 2010, for allegedly violating a final written notice given several months earlier.

Mitri took action against Walgreens for his wrongful termination as a whistleblower, and in 2011, a jury awarded Mitri $88,000 in economic damages and $1.1 million in punitive damages, according to the court verdict.

In 2008,  one year before Mitri made his first complaint, Walgreens attempted to reduce its expenses by limiting the overtime worked by employees.  At that time, according to court documents, the Walgreens district manager had “spoken to Mitri on several occasions” about adhering to his scheduled shifts.

In the summer of 2009, Mitri found instances of pharmacy employees billing Medicare for 30 days’ worth of patients prescriptions, but only providing 10 days’ worth of the prescription to the patients, along with an IOU receipt for the remainder, essentially allowing the pharmacy to bill Medicare for the cost of a 30-day supply each time they only provided a 10-day supply.  Walgreens managers admitted that they were aware of these complaints prior issuing the final written warning, according to court documents.

Months after his initial complaint, Mitri continued to find IOU receipts for Medicare patients and raised his concerns again.  The Walgreens loss prevention manager took the IOU receipts Mitri found, but told him it was not his “job to report an example of fraudulent billing…to the government.”   However, Mitri was simply standing “up for taxpayers,” as stated by his attorney, Andrew Jones to The Fresno Bee.

Less than seven days from the time of producing additional IOU labels, Walgreens managers conducted a one-time search of Mitri’s shift records and fired him on January 8, 2010, for violating the written warning by working 10 minutes before or after his shift, usually due to his helping pharmacy customers, according to court documents.  The 20 occasions found of Mitri’s working beyond his shift totaled 248 minutes, totaling $450 of overtime pay, according to the initial court ruling.

After the trial jury returned a verdict for Mitri, Walgreens appealed the decision arguing that as a corporation, they were not liable for punitive damages “arising from the acts of an employee” who was not a managing agent of the corporation. Walgreens also appealed the constitutionality of the excessive punitive damages, which was 13 times the amount of actual damages awarded. The Ninth Circuit court of appeals denied Walgreens' motion regarding their liability for punitive damages, but remanded the punitive award decision back to the district court.

The district court judge reinstated the punitive damages against Walgreens, and as to the excessiveness ruled that “[e]very dollar lost to” the “serious crime” of “[Medicare] fraud is a dollar that could have provided medical care to the elderly or disabled.”   As “punitive damages are ‘supposed to sting’” and Walgreens is a “multi-billion dollar publicly traded corporation,” the $1.15 million punitive damages award was “very low compared to Walgreens net worth” and constitutional, considering the high “reprehensibility of Walgreens conduct.”