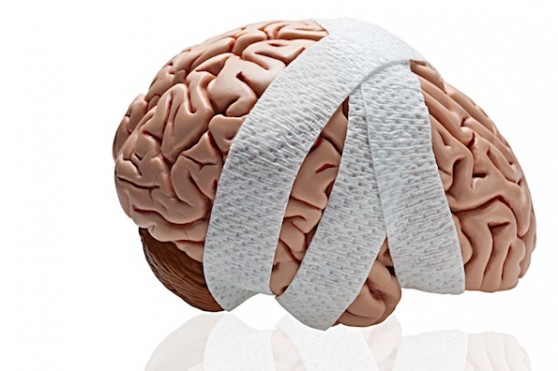 As a federal appeals court mulls the fairness of the NFL’s $1 billion concussion settlement with thousands of former players, PBS released a new study that could lead to even more concussion litigation. Concussions are not only serious injuries with long-term consequences, but the injury is also becoming more of a common problem affecting a larger number of people than originally thought.

Collisions on the Field

According to PBS, a total of 87 out of 91 former NFL players tested positive for chronic traumatic encephalopathy. CTE is a progressive degenerative disease of the brain found in people with a history of repetitive brain trauma, including symptomatic concussions as well as sub-concussive hits to the head that do not cause symptoms. PBS claims that CTE was discovered in 96 percent of NFL players and 79 percent of all football players in the United States.

The only method of detecting CTE at present is not perfect; it can only be positively identified via a brain scan after death.

As one of the most popular sports in America, people of all ages should be concerned about the risk of brain trauma affecting them or someone in their lives. Children begin playing sports at early ages, taking the field as soon as possible to learn the rules of the game and gain an edge on those they’ll rival in high school and college. While some changes have been made in an attempt to protect players, concussions are still a regular occurrence.

Federal Judge Anita B. Brody issued final approval in April of a $1 billion settlement that would allow for payments of up to $5 million to former players who suffered from neurological disorders during retirement. More than 5,000 ex-NFL players were party to the lawsuit, which accused the NFL of hiding the dangers of concussions. Only 200 other former players opted out of participating in the settlement agreement.

It is no secret that NFL players throughout the years have been knocked unconscious during games yet promptly returned to play the same game after being checked by a doctor. The NFL announced that teams should not return formerly unconscious players to the game or practice in which they were injured. The National Football League also issued an educational pamphlet to players and provided a hotline players can call if they ever feel pressured to disregard medical procedures.

Concussions in the Courtroom

A neuropathologist linked the suicide of the former player NFL player Andre Waters to depression caused by repeated concussions. Adding to the controversy surrounding the rise in head trauma awareness, studies have found a correlation between concussions and subsequent psychological issues.

An ongoing study funded by the NCAA and Department of Defense, involves more than 35,000 college athletes and U.S. service academy cadets. These individuals are helping researchers write a new, extensive and groundbreaking chapter in the study and tracking of concussions. The college students have agreed to be monitored over a period of years, some even decades, to determine the frequency, severity and cumulative effects of head injuries in their respective activities.

Though the project, run by a group of investigators who make up the Concussion Assessment Research and Education Consortium (CARE), is less than a year old, the information scientists have already collected is growing. Baseline data has already been gathered on 6,500 students, about 225 of whom have suffered concussions and been evaluated.

The April, 2015 NFL head trauma settlement is not the first major litigation of its kind, nor will it be the last. More than 18,000 agreed to a $765 million settlement with the NFL in 2013. As more studies increase awareness on the common head traumas experienced by everyday Americans, more personal injury litigation will develop.