Appeals Court Affirms Use of Statements Despite No Miranda Warning 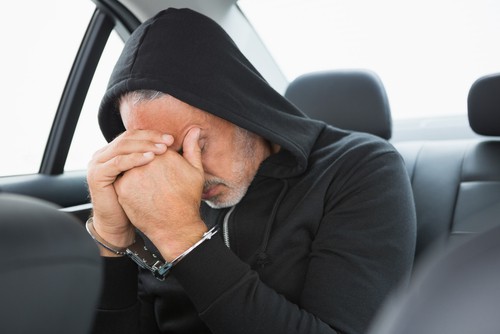 The Wisconsin Court of Appeals affirmed a man’s burglary conviction that was based on incriminating statements he made to police without receiving a Miranda warning.

The court ruled that his confession was sufficiently attenuated from the arrest that occurred over a span of several minutes.

Police found Brian Harris in the basement of a vacant townhome. Officers handcuffed him and interrogated him while in the basement.  The officers testified that they engaged in “basic questioning” about who Harris was and why he was in the building.

After officers handcuffed and questioned Harris, they also looked around the basement and discovered copper piping on the ground along with blades, a bolt cutter, and crowbars in a duffle bag.

Moved from basement to police car

The officers walked Harris outside and placed him into the back of a squad car where an officer took his “mugshot.”  The officer then attempted to get in contact with the homeowner and was completing paperwork when Harris told him that he had been homeless for seven years and that he was going to sell the copper piping for money for food.

Harris was then brought to the Kenosha county jail where he made incriminating statements to a detective, who also failed to give Harris a Miranda warning.  The detective asked Harris if he would go with him for an interview, and testified that Harris responded “something to the effect that they caught me, what’s the point.”

Before trial, Harris filed a motion to suppress the statements, claiming his Fifth Amendment right against self-incrimination was violated when police failed to give him a Miranda warning.  The circuit court denied the suppression and allowed his comments to be used a trial.  A jury found Harris guilty of burglary, possession of burglary tools, criminal damage, and criminal trespass.  Harris appealed the conviction.

The Court of Appeals affirmed the conviction, agreeing with the circuit court’s denial of Harris’ motion to suppress because officers were not interrogating Harris at the time he made the incriminating comments.

The state conceded that the officer engaged in a custodial interrogation, which required a Miranda warning, in the basement of the townhome, but that the interrogation and unlawful conduct ended by the time they placed Harris in the police car.

The Court did not discuss the officer’s failure to issue a Miranda warning and avoided any review of the legal precedent all together by and interpreted the officer’s questions as “routine” and “more focused on  assessing whether Harris” had a legal right to be in the home, brushing over the fact that Harris was  Harris was “almost immediately” handcuffed.

The court found that the temporal proximity of the interrogation and Harris’ statements “tip[] in Harris’s favor,” but that there was presence of intervening circumstances, such as moving Harris from the basement to the squad car, meaningful enough to sufficiently attenuate his statements from the illegal interrogation.

The court found further that the questions asked of Harris were routine in order to determine if he lived there, and that no promises or threats were made to induce Harris’s comments.  The court affirmed that Harris’s comments were attenuated enough to be “purged of the taint of illegality” of a un-mirandized interrogation.

The court also affirmed that Harris’s statements made to the detective were properly admitted at trial.  The court wrote that the detective was not required to give a Miranda warning for asking Harris if he would go with the detective to be interviewed, instead “Harris chose to communicate ‘no’ to [the detective] in a foolish manner…that provided the State with additional evidence to be used against him at trial.”

The case is State of Wisconsin V. Brian I. Harris, case number 2014AP1767-CR, in the Court of Appeals of Wisconsin.