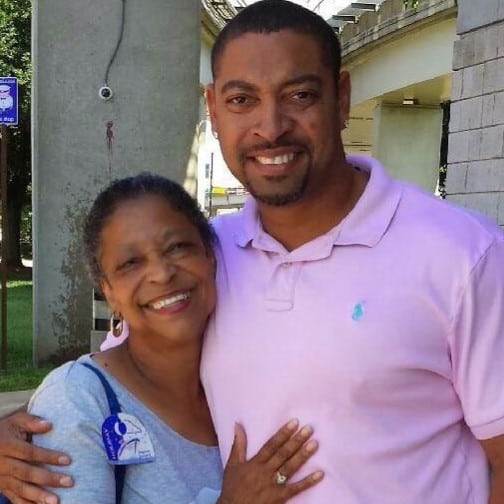 A family photo of Jacqueline Fox and her son, Marvin Salter.

The Missouri Court of Appeals vacated a $72 million verdict against Johnson & Johnson, ruling that the trial court could not take jurisdiction over the company because its activities in Missouri did not give rise to the claims of the non-residents who bought and used its products elsewhere.

In February 2016, a St. Louis Circuit Court jury awarded $72 million to the family of Jacqueline Fox of Birmingham, AL, who used Johnson’s baby powder for 35 years. She was diagnosed with ovarian cancer in 2013 and died last year.

Fox was one of 63 out-of-state plaintiffs who sued J&J under Missouri Rule 52.05, which allows non-residents to join resident plaintiffs when all their claims arise out of the same transactions or occurrences.

Reversal due to Bristol-Myers Ruling

The appeals court reversed and vacated the verdict based on the 2017 U.S. Supreme Court decision in Bristol-Myers Squibb Co. v. Superior Court (BMS) that a non-resident plaintiff must establish an independent basis for specific personal jurisdiction over the defendant in the state.

The U.S. Supreme Court reversed, holding that specific personal jurisdiction requires a connection between the forum state and the specific claims at issue. “When there is no such connection, specific jurisdiction is lacking regardless of the extent of a defendant’s unconnected activities in the state.” 137 S.Ct. at 1781.

The Missouri appeals court said, "The fact that resident plaintiffs sustained similar injuries does not support specific jurisdiction as to non-resident claims."

The ruling could overturn three other recent St. Louis jury verdicts of more than $200 million combined against the New Jersey-based health care giant, which has also appealed the cases.

The plaintiffs in the talc cases allege strict liability for failure to warn, negligence, breach of express and implied warranty, civil conspiracy, concert of action, and negligent representation, alleging that Johnson & Johnson marketed and sold its talc products knowing that they increased consumers’ risk of ovarian cancer.