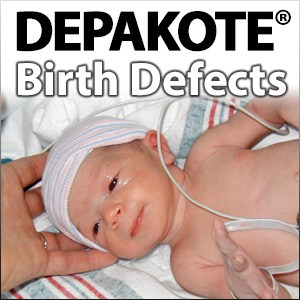 Internally, Abbott referring to Depakote as a “dirty drug.”

The Supreme Court of Missouri has upheld a $38 million award to a Minnesota woman who was born with spina bifida and other birth defects after her mother took Depakote while she was pregnant.

Abbot Laboratories makes Depakote, an anti-epilepsy drug. Plaintiff Maddison Schmidt proved that the label for Depakote, which company documents referred to as a "dirty drug," failed to warn adequately of serious dangers of birth defects.

The Supreme Court said that "there was evidence Abbott was aware there were studies indicating Depakote was much more dangerous in terms of birth defects than its label suggested. In addition, there was evidence presented that, despite this knowledge, Abbott conducted no independent research or studies of its own to evaluate Depakote’s risks for birth defects.

There was evidence showing Abbott instead spent $50 million to $100 million per year marketing Depakote, sought to “squeeze every dollar and every [prescription for Depakote] out of the market.”

The Supreme Court shot down Abbott's argument that it was prejudiced because the trial was in the City of St. Louis Circuit Court. Abbott claimed without evidence the court was biased.

Depakote’s label stated: there was clinical literature indicating “the use of antiepileptic drugs during pregnancy results in an increased incidence of birth defects;” Depakote had “a possible similar association” as other antiepileptic drugs to birth defects; and the Centers for Disease Control estimated the risk of pregnant women exposed to Depakote having children with spina bifida was only 1 or 2 percent.

Schmidt, however, presented evidence Abbott was aware of multiple studies concluding: (1) Depakote posed a considerably higher risk of overall birth defects than other antiepileptic drugs, and should be avoided by women of childbearing potential unless all other alternatives had been tried and failed; (2) the overall risk of birth defects was 10 percent or even greater; (3) the risk of spina bifida was significantly higher than 1 or 2 percent; and (4) the risk of spina bifida amounted to a twentyfold increased risk compared with the background rate in the general population.