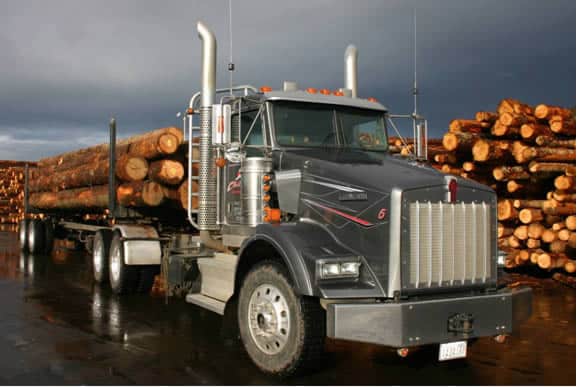 After arriving at the mill, the plaintiff released the load from his truck and several logs fell on him. This accident caused serious injuries.

The Montana Supreme Court affirmed the $3.9 million entry of default judgment against a corporation for failure to respond to multiple services of process from the plaintiff. The defendants failed to comply with a court approved agreement and failed to present a good faith cause to vacate the decision.

Plaintiff Allen Ginn was a log hauler for Ginn Trucking. In July 2008, the plaintiff delivered a load to a mill owned by Smurfit-Stone Container.

Smurfit was a paperboard and paper-based packaging company, which is now owned by RockTenn, a manufacturer in corrugated and consumer packaging.

After arriving at the mill, Ginn released the load from his truck and several logs fell on him. This accident caused serious injuries. Six months later, the defendant filed voluntary bankruptcy proceedings, which established a bar on claims prior to the petition.

Ginn and his wife filed a motion in October 2011 in the bankruptcy proceedings requesting:

Following this motion, the parties stipulated Smurfit would reserve $1.4 million and 25,000 shares of stock to satisfy any possible settlement or judgment and keep the case in state court.

Complying with the agreement the Ginns’ counsel timely filed the complaint and served the defendant’s general counsel on or around July 9, 2012. The defendant did not respond.

After July 30, 2012 Ginns’ counsel contacted defendant’s counsel by phone and did not receive a response. In August the defendant was served by hand delivery to a front desk receptionist, but still no response.

Entry of default judgment was requested and granted in September. The defendants did not respond by counsel until late October after the plaintiff moved for default judgment.

On appeal, the defendants requested the court vacate the default entry by reason of mistake, negligence by the plaintiff, and denial of a jury trial.

To determine whether good cause existed to vacate the default judgment, the court applied the Essex test.  The state court concluded Smurfit did not present good cause reverse the lower courts decision.

In Essex, a badly beaten bar customer was left on a stool outside the bar owned by Jaycie, Inc. The insurance company sought a declaratory judgment against the owner after she failed to answer a complaint regarding the insurer’s coverage determination.

The bar owner claimed she believed the suit was apart of an underlying cause of action. The owner’s motion to vacate was denied for failure to present good cause. Essex Ins. Co. v. Jaycie, Inc. 99 P.3d 651 (2004).

The court stated ignorance was not a defense to answering a complaint as a licensed attorney. Because the attorney was personally designated in a court approved stipulation the argument was not justified.

Second, the court reviewed whether setting aside the default prejudiced the plaintiff. The court disagreed with the defendant’s argument that the plaintiff would not be prejudiced because the delay in the proceedings was slight.

The plaintiff waited four years to be heard, not to mention they lacked income and engaged in extensive negotiations with Smurfit.

If the court granted the defendant's motion, Smurfit would have avoided their obligation to the plaintiffs and proper service. Additionally, the plaintiff would have lost their opportunity to have their claim evaluated by the court.

Finally, the court declined to address whether the defendant presented a meritorious defense to the plaintiff’s claim. The court only needed to establish a defense was raised. Smurfit alleged negligence caused the plaintiffs injury.

The defendant failed to comply with the agreement entered as an order by the Bankruptcy Court and failed to respond in a timely manner to prevent the entry of default.

This case is Ginn v. Smurfit Stone Container Enterprises, Inc. Case No. DA 14-0098, Supreme Court of the State of Montana