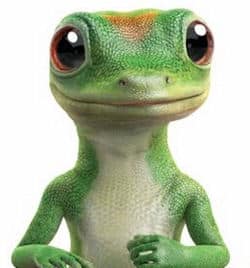 After GEICO refused to pay a legitimate auto accident claim, the widow of a driver killed by an uninsured motorist is warning everyone she knows.

A federal jury in Billings, Montana, awarded $200,000 in contract damages and $2.5 million in punitive damages against GEICO for refusing in bad faith to pay on a woman's auto insurance policy, after an uninsured driver killed her husband.

Louise King's husband was killed by a drugged driver who did not have insurance. When she submitted the claim to her uninsured motorist carrier, GEICO Indemnity Company, it tried to pay half of what it owed under the policy in exchange for a release of all claims. When Mrs. King refused to sign the release, GEICO refused to pay her any of the insurance proceeds it admittedly owed her.

The federal judge ruled in December 2013 that GEICO breached the insurance policy by insisting on a release in violation of Montana law, and ordered GEICO to pay the part it acknowledged it owed "immediately."

GEICO argued at trial that even though the court had found it breached the insurance contract, its claim handling was nevertheless proper and in good faith. The federal jury concluded otherwise, finding by a unanimous verdict that GEICO had acted in bad faith. In addition to awarding Mrs. King contract damages under the insurance policy in the amount of $200,000, the jury concluded that GEICO's conduct towards Mrs. King was malicious and/or fraudulent under Montana law, and imposed a punitive damages award of $2,500,000 against GEICO for its conduct.

Mrs. King expressed appreciation that the jury held GEICO accountable for its conduct. "My husband purchased uninsured and underinsured motorist coverage so that if anything happened to him, I would be covered. Rather than live up to its promises, GEICO fought me at every turn. While the process was hard, I knew I needed to do this for all of the other widows and widowers out there facing the same situation." Mrs. King stated that she would be informing the Honda Goldwing Club (of which her husband was a member) warning fellow members about GEICO's insurance practices.

Mrs. King's counsel, Randy Bishop of the Bishop & Heenan Law Firm, stated that GEICO's dismissive attitude about following the law was shocking, and was glad the Montana jury told it so. "An insurance company doing business in Montana is expected to know Montana law. GEICO's cavalier attitude towards following law caught up to it last week."

The case is No. CV 12-92-BLG-RWA, The U.S. District Court for the District of Montana, Billings Division.