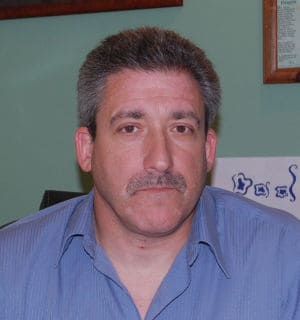 We are saddened to report the death of a National Trial Lawyers Top 100 member from Kentucky who was gunned down as he opened the door to his law office this morning (Friday, June 27, 2014).  Mark J. Stanziano, 57, of Somerset, Kentucky, was shot multiple times around 8:00 CDT this morning outside his office in downtown Somerset.  WHAS-TV and the Associated Press are reporting that police have arrested Clinton D. Inabinett, 40, of Somerset, in connection with the shooting.  Somerset Police say witnesses told them Inabinett may have been in contact with Stanziano on Thursday evening, and had previously threatened Stanziano.  Police say Inabinett fired seven shots at Stanziano, who was struck multiple times in the torso.  The shooting remains under investigation.

According to Central Kentucky News, “A Pulaski County sheriff’s detective and several other people witnessed Inabnitt fire seven rounds at Stanziano, hitting him multiple times. Following the shooting, the sheriff’s detective was able to approach Inabnitt and take him into custody.”

Our deepest condolences go out to the Stanziano family.

Here is a copy of his biography from The National Trial Lawyers website:

For 8 years Mark practiced law in Columbus, Ohio before moving to Somerset, Kentucky, where he practiced for another 15 years. By the time he left Somerset, he was able to limit his practice to criminal defense in the state and federal courts. In 2005, Mark left that very successful private practice to take a position with the Minnesota Public Defender system and in 2008 left that position to form the consulting company that he now runs. Upon moving back to Kentucky in 2008, Mark continued to run Persuasion Consultants and handle private criminal defense matters. April 1, 2010 will see the opening of the law firm of STANZIANO & CATRON, PSC which will have offices in Somerset and Columbia, Kentucky.

Mark has a Bachelor of Arts degree (Economics) from the Ohio State University (1979) and a Juris Doctorate from the University of Louisville (1982).

He is a past-president (1998-1999), and a Life Member, of the Kentucky Association of Criminal Defense Lawyers (KACDL), and continues to serve on the Board of Directors. He is also a member of the National Association of Criminal Defense Lawyers (NACDL). For his contributions to the practice of criminal defense law in Kentucky, Mark was awarded the Frank E. Haddad, Jr. Award, by the KACDL, in 2000. This award is the KACDL's highest honor and Mark is the organization's youngest recipient of this prestigious award.

Mark was both trial and appellate counsel in several cases that have "made law" in Kentucky: