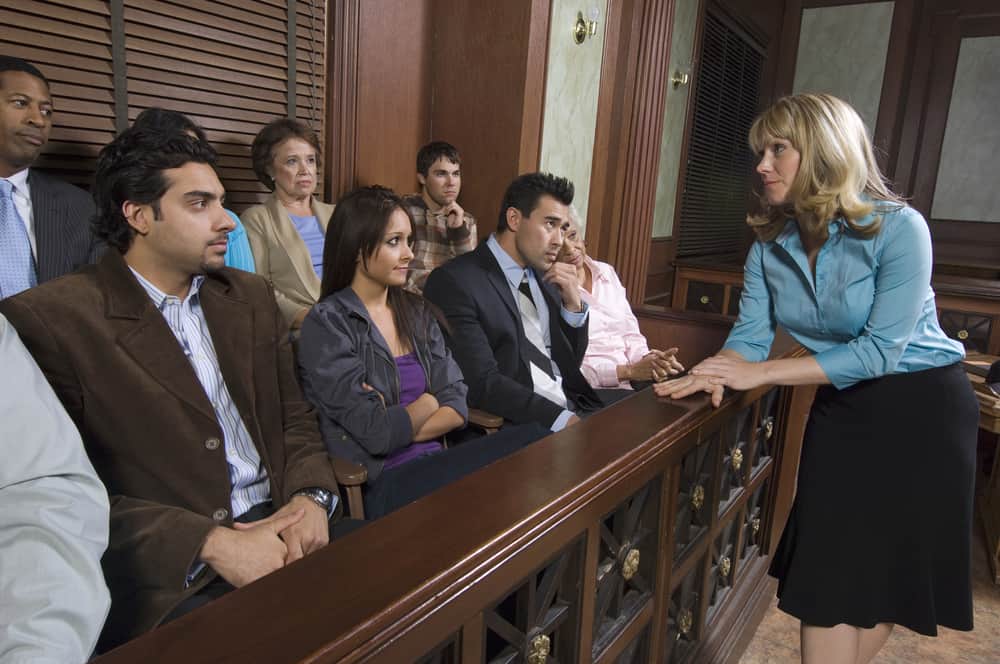 $14 Million Verdict Affirmed in Defective Camry death case
06/16/2015
CORPUS CHRISTI, Texas, June 15, 2015 - Judge Montgomery of the District Court of Minnesota affirmed the jury's award in a case involving a defective Toyota Camry that has been pending for the past five years which resulted in the death of three individuals and a man spending nearly three years in Read More

$5.7 Million Verdict Reinstated For Doctor in Vicious Retaliation by Hospital CEO
06/15/2015
A California appeals court has upheld $5.7 million jury verdict for a physician’s emotional distress claim against a hospital CEO. The CEO retaliated against the doctor by having him arrested for a loaded gun planted in his car. The CEO also had the physician’s daughter’s tires slashed, causing a Read More

Jury awards $1.2M in damages to motorcyclist hurt in PA crash
06/14/2015
A Dauphin County, Pennsylvania, jury has issued a $1.26 million damage award for a Susquehanna Township motorcyclist who was injured in a June 2011 crash on Derry Street in Harrisburg. The verdict in favor of cyclist Tracey Thompson resulted from a three-day trial in Judge Andrew H. Dowling's Read More

Jury finds ex-New York cop assaulted couple and awards $1.05 million
06/14/2015
Attorney Francis X. Young and his client Mario Gomez talk about winning a $1.05 million federal verdict against a detective who roughed up him and his ex-wife in Sleepy Hollow, New York, seven years ago. A federal jury has awarded $1.05 million to Mario Gomez, a retired corrections officer, and Read More

Take-Home Mesothelioma Trial in Washington Ends With $3.5 Million Jury Award
06/12/2015
A child’s memory of their mother washing their father’s dirty work clothes each night is one that is shared by countless Americans, as well as by people all around the world. But for Ramona Brandes, a public defender in Washington state, that memory will forever be linked to her mother’s death, as Read More

Jury awards Oklahoma man $6 million in asbestos lawsuit
06/12/2015
A Moore, Oklahoma, man who sued more than a dozen companies for what he described as decades of negligent workplace exposure to asbestos prevailed against two of them for a judgment of $6 million in a jury trial in Oklahoma County District Court. Michael D. Galier, 51, filed the product liability Read More

$2.6 Million Affirmed Against Developer of Faulty NuVasive Medical Device
06/12/2015
The California District Court of Appeals affirmed the $2.6 million judgment against a medical device developer, for false claims and advertising after one of its devices failed during spinal surgery. Due to the device’s failure, a screw was implanted near a nerve in a woman’s spine causing even Read More

Georgia jury awards woman $1.57 million for erroneous medical diagnosis
06/12/2015
A Richmond County, Georgia, jury awarded more than $1.57 million Thursday to the plaintiff in a medical malpractice case. The Superior Court jury decided Melissa Gravitt should receive $474,477 in damages to cover her medical expenses and an additional $1.1 million for pain and suffering, said her Read More

Defective guardrail maker hit with $663M verdict over secret design changes
06/10/2015
RICHMOND, VA - There have been recent incidents of guardrails maiming, impaling, and even killing drivers across the country. And the company that made them? On Tuesday, a Texas judge made his final judgment, tripling a jury's verdict to $663 million in damages and penalties. Trinity ET PLUS Read More

Lying blogger ordered to pay $3.5 million in defamation lawsuit
06/09/2015
A Shelby County, Alabama, blogger, who spent five months in jail before agreeing to remove stories from his website about the son of a former governor, has now been ordered to pay $3.5 million in a defamation lawsuit filed by a former campaign manager for the state Attorney General. The blogger had Read More

D.C. schools food vendor pays $19 million to settle whistleblower lawsuit
06/09/2015
Jeffrey Mills, then-Director of Food and Nutrition for D.C. Public Schools, talks with students about what foods they like in 2010. The largest food vendor for Washington DC's public school system has agreed to pay $19 million to settle a lawsuit alleging that the company overcharged the city and Read More

Jury awards California man $2 million murder plot by brother & sister
06/08/2015
SAN BERNARDINO, Calif. - A California man has been awarded $2 million in punitive damages following a plot by a brother and sister to kill him. A San Bernardino jury decided Friday Leonard Epps should receive $1 million each from Erik Barajas and Stacy Nunez-Barajas. The siblings were sentenced Read More

Jury awards mentally disabled woman $9 million after sexual assault
06/05/2015
ST. JOSEPH, Mo. - A jury awarded a $9 million judgment to a disabled northwest Missouri woman who was sexually assaulted by the husband of her social services caseworker, leading to the birth of a child. A Buchanan County jury recommended the award Thursday in a civil case filed by relatives of the Read More

Jury in Illinois says School District must pay $2.5 million for student's classroom asthma death
06/05/2015
A Kendall County, Illinois, jury has ordered Community Unit School District 308 to pay $2.5 million to the family of Jeffery Stewart, an Oswego High School student who died in 2008 after he suffered an apparent asthma attack and collapsed in English class. Jeffery Stewart died on Feb. 13, 2008. His Read More

J&J Settles Risperdal Case for $7.8 Million
06/05/2015
New York, NY, June 3, 2015 - Johnson & Johnson and its Janssen Pharmaceuticals unit have agreed to pay $7.8 million to resolve a Risperdal lawsuit (https://www.risperdallawsuit2014.com/) filed by the state of Arkansas over tactics the company allegedly used to market the antipsychotic drug. The Read More

Jury Orders Beverly Hills to Pay $1 Million in Workplace Retaliation Case
06/05/2015
A Los Angeles Superior Court jury today ordered the city of Beverly Hills to pay $1 million to a parking control officer after finding that she experienced retaliation for complaining about workplace conditions, but the panel rejected her racial discrimination and harassment claims. The case was Read More

California Jury awards $17M to driver hurt in 2012 crash
06/05/2015
An Escondido fireman hoses a flatbed truck that rear ended one car, front left, causing a chain reaction with other vehicles southbound I-15 near Via Rancho Parkway in Escondido VISTA, California — A Vista Superior Court jury awarded more than $17.3 million this week to a man who suffered facial Read More

Jury Awards $45.6 Million in Pediatric Paralysis Case
06/05/2015
Did a renowned pediatric surgeon miss the mark with 4 screws while performing a spinal operation at a prestigious New York hospital, causing a 14-year-old boy to become paralyzed from the waist down? Yes, said the jury that heard the case. It awarded the boy's parents $45.6 million in a malpractice Read More

Root Canal Gone Wrong Leads to $4.5 Million Med-Mal Verdict
06/04/2015
Supriya Sarin went to her dentist, Darryl Simms, of Farmington Family Dentistry for a root canal operatrion. But rather than relieve her pain, the procedure somehow went horribly wrong. Sarin, 42, has had debilitating pain ever since the March 15, 2011, operation. It hurts when she eats, when she Read More